A shift toward remote work has led businesses of all sizes to focus on the importance of their intellectual property (IP).

There is more IP in existence today than ever, and in more areas as companies look for ways to improve processes and develop solutions. Unfortunately, this brings IP litigation exposure to companies in industries that previously hadn’t faced such risk.

As small- and medium-sized enterprises (SMEs) grow, they become vulnerable to strategic litigation from larger competitors that don’t want to lose business and revenue. They aim to either push smaller rivals out of the market, or to depress the rival’s market value so they become affordable to acquire.

We are seeing more disputes – many of them spurious – as larger companies allege IP infringements in hopes their smaller targets won’t have resources to defend themselves.

Without IP insurance in place, the time, physical resources and budget needed to defend against litigation is often out of reach for SMEs.

Few will have ever worked with an IP specialist lawyer, which can lead to uncertainty about quality of advice and representation when a company receives instructions during a dispute. Plus, these legal services  are often unaffordable. 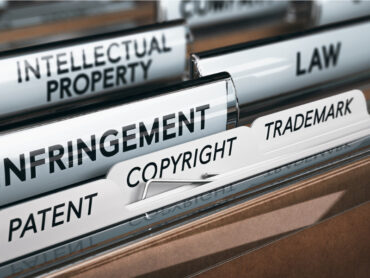 A key issue for many SMEs is that they don’t always provide an end solution to a business problem. Instead, they tend to be part of a larger value chain, which means they have contracts to abide by. Most of these will have an indemnity obligation on the SME, which means they need to both indemnify and enforce their IP. That’s a larger risk than many can afford.

In one recent case, the insured – a Canadian agricultural SME that had recently launched a new solution in the market after years of development – had protected its IP through registered rights. However, having just won their first contract, they were obliged to indemnify and obtain IP insurance. They hadn’t previously considered purchasing IP insurance, but did so because of the contract.

Their client was contacted and told the insured’s product infringed another. The claim had no merit but due to the indemnity under the contact, the insured was legally obliged to fight the litigation. It was a high-stakes battle for the insured, which needed to protect their first contract as well as future contracts and the reputation of their solution.

They successfully defended the claim and created a new revenue stream by striking a deal with the larger competitor that had made the infringement allegation.

In another recent case, a fast-growing manufacturing business had to call on their insurance within six months after being contacted by a large corporate competitor which claimed the insured was infringing its product.

The insured had done deep market due diligence to make sure their concept was novel. And their solution had a very large and obvious differentiator to the particular competitor. Once again, the claim was meritless. The competitor was simply trying to disrupt the insured’s operations.

However, to dispute the claim, the company had to undertake further due diligence and assessment; all at significant cost. This claim took months to resolve and resulted in a cross-licence between the companies.

In both cases, the IP policies covered legal costs incurred to defend the disputes. The policies also provided the companies with access to specialist legal support and, should it have been required, would have paid damages and settlement costs.

Maddi Brown is the intellectual property practice leader for CFC. This article is adapted from one that appeared in the December-January issue of Canadian Underwriter.

More News
Related
This line of business needs to be simplified, MGA says