More interest from corporate clients in this specialty coverage

Large corporate clients often face unexpected tax bills in the millions – and companies are looking for insurers willing to share the risk.

Aon Canada has meetings scheduled with several Canadian law firms to brief them on how tax insurance works, said Jason Stone, vice president of transaction solutions at Aon Canada. “The interest in tax liability insurance is growing,” he said in an interview. 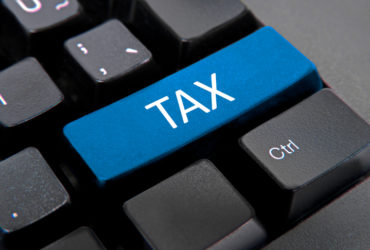 Tax liability is used not only in M&A, but also for tax risk management, Aon plc stated in Global M&A Risk in Review Report, released Oct. 18.

Neither Aon nor Liberty Mutual were commenting on any Canadian company in particular.

Other examples of risks that have been covered by tax liability insurance are cross-border restructuring, employment tax issues, residency for tax purposes, and the application of land transfer taxes to transactions, Liberty Mutual notes. “It would not be possible to insure marketed tax avoidance schemes, and issues in litigation or subject to challenges by tax authorities.”

Uranium mining company Cameco Corp. reportedly had its taxes reassessed. The company uses a subsidiary in Switzerland to sell and trade uranium, The Canadian Press reported.

Canada Revenue Agency re-assessed Cameco’s corporate income tax for the 2003, 2005 and 2006 taxation years, Judge John Owen of the Tax Court of Canada wrote in Cameco Corporation v. The Queen, a 286-page ruling released Sept. 26. In that ruling, Owen sided with Cameco: because of the way the uranium was sold, the Swiss subsidiary had been banking the profits and paying Swiss tax rates instead of Canadian tax rates, CP reported.

Judge Owen disagreed with CRA’s argument that Cameco’s use of a Swiss subsidiary “created an illusion that its uranium-trading activities were moved to Switzerland,” when in reality it was Cameco that continued to control and carry on its uranium-trading business out of Saskatoon.

About $11 million in taxes were at stake, CP reported, adding CRA has until Oct. 26 to decide whether to appeal the decision to the Federal Court of Appeal.