How Internet of Things will change product liability 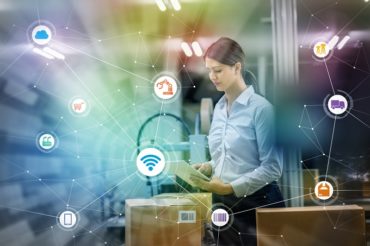 In existing IoT literature, we hear a lot about cybersecurity and privacy concerns, but what about the impact of IoT on civil liability? “If our devices can talk to each other and to us, and can then function – and malfunction – without physical intervention by a human, who is liable when something goes wrong?” Shah asks in a recent blog piece.

First party insurers looking to subrogate a claim after an insured’s loss may have to branch out and involve a different class of IT or other experts in the product liability claim, Shah told Canadian Underwriter in an interview. And third-party insurers defending a client from an IoT-related lawsuit should be looking for more actors to add to the suit— parties that may not have been considered relevant to a product liability claim previously.

For example, these new actors may come from the world of IT, observes Shah, whose practice includes not only product liability litigation, but also defending IT firms against lawsuits. She says these worlds may collide more often as IoT integrates more products together electronically.

“IT firms have been developing apps, and apps can be used for all sorts of things,” Shah said. “But more and more, the Internet of Things depends on apps. It depends on connections being made, and if those connections don’t happen the way they are supposed to, things aren’t going to work correctly.

“And so, the basic assumptions built into the product liability regime run into some trouble, because suddenly there are these other actors in between, who weren’t considered relevant to product liability initially.”

How does this change how an insurer handles a product liability claim? Say a product catches fire and burns down the house. The insurer subrogates the claim and collects as much evidence as possible to sue the parties responsible for putting together the defective product.

Taking the traditional approach, an insurer would get an expert, say a mechanical or an electrical engineer, who would identify how the physical gadget malfunctioned. The lawyers would then sue the product manufacturer and possibly the retailer who sold the product to the insured.

But if the gadget is connected to other gadgets by means of one or more apps, suddenly there are new actors to add into the mix. “When you do a forensic investigation, you are going to need not just an electrical engineer, but maybe also someone who understands IT, an IT analyst, who can dig through other kids of evidence that your electrical engineer can’t really process,” Shah says.

There is also a question of preserving evidence when everything is connected through IoT.

“For a first party insurer, there are all of these new actors to think about, and new types of evidence to think about,” says Shah. “And there is a preservation issue, in making sure they are getting their records straight for their subrogated claim.”

For a third-party insurer, adds Shah, “it’s a matter of making sure you have more people [involved in the claim] and the right sort of people.”