Introducing autonomous vehicles sooner could save “hundreds of thousands” of lives over time: report

Autonomous vehicles should only have to be “moderately better” than human drivers before being widely used in the United States, an approach that could save thousands of lives annually even before the technology is perfected, according to a new report from RAND Corporation. 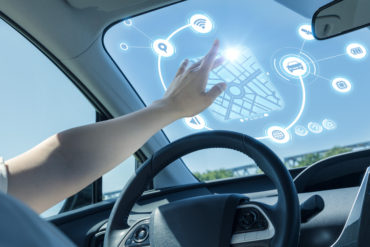 Allowing wide use of autonomous vehicles when they are just 10% better (Improve10) than current American drivers could prevent thousands of road fatalities over the next 15 years and possibly hundreds of thousands of fatalities over 30 years, researchers found, compared to waiting until they are 75% (Improve75) to 90% (Improve90) better.

“We find that, in the short term, more lives are cumulatively saved under a more permissive policy (Improve10) than stricter policies requiring greater safety advancements (Improve75 or Improve90) in nearly all conditions, and those savings can be significant — hundreds of thousands of lives,” researchers wrote in the report, titled The Enemy of Good: Estimating the Cost of Waiting for Nearly Perfect Automated Vehicles. “In the long term, more lives are cumulatively saved under an Improve10 policy than either Improve75 or Improve90 policies under all combinations of conditions we explored. In many cases, those savings can be more than half a million lives.”

Given the many uncertainties about the future of autonomous vehicle performance and use, the calculations were made by estimating road fatalities over time under “hundreds of different plausible futures and different safety requirements for autonomous vehicle introduction,” RAND Corporation, a research organization, explained in a press release on Tuesday.

“Our work suggests that it is sensible to allow autonomous vehicles on America’s roads when they are judged to be just moderately safer than having a person behind the wheel,” said Nidhi Kalra, co-author of the study and director of RAND’s San Francisco office. “If we wait until these vehicles are nearly perfect, our research suggests the cost will be many thousands of needless vehicle crash deaths caused by human mistakes. It’s the very definition of perfect being the enemy of good.”

Developers of autonomous vehicles are testing the cars in cities such as San Francisco and Pittsburgh, while federal lawmakers in the U.S. are considering a variety of new regulations and updates to existing regulations to govern their deployment and encourage their use. But what remains unknown is how good the vehicles have to be before they are made available for use to all consumers, the release noted.

The allure of driverless cars is based partly on convenience and partly on the potential to eliminate costly human errors, such as driving when drunk, tired or distracted. More than 90% of crashes involve such driver-related errors, according to the National Highway Traffic Safety Administration.

Researchers acknowledge that even if autonomous vehicles are proven safer than the average human driver, the vehicles would still cause crashes. They also remain vulnerable to other hazards, such as inclement weather, complex traffic situations, and even cyberattacks.

“This may not be acceptable because society may be less tolerant of mistakes made by machines than of mistakes made by people,” suggested David Groves, study co-author and co-director of RAND’s Water and Climate Resilience Center, in the release. “But if we can accept that early self-driving cars will make some mistakes – but fewer than human drivers – developers can use early deployment to more rapidly improve self-driving technology, even as their vehicles save lives.”

Kalra said that she hopes the study will enable policymakers and the public to better weigh potential risks and benefits of autonomous vehicles. Key considerations include how to measure the safety of the vehicles and what should constitute a passing grade.

The report builds upon past research that found road testing under real traffic conditions is impractical for proving autonomous vehicle safety prior to deployment because it would take decades or longer to drive the requisite miles.

There is no question that traffic accidents pose a public health crisis, RAND Corporation concluded in the release. Citing figures from the National Safety Council, the report notes that crashes caused more than 35,000 fatalities and 2.4 million injuries in 2015. The council projected 2016 would be deadlier, with 40,200 fatalities.

“This evidence could help decision makers to better balance public skepticism with evidence about the human cost of different choices and to set policies that save more lives overall,” the report suggested. “Deploying HAVs (highly automated vehicles) when their safety performance is just better than that of the average human driver may be too permissive given social expectations about the safety of robots, machines, and other automated systems, but waiting for improvements many times over or waiting for perfection may be too costly. Instead, a middle ground of HAV performance requirements may prove to save the most lives overall.