TORONTO – Federal transportation investigators say they are unable to identify an airborne object that caused a Toronto-bound plane to take evasive manoeuvres that left two flight attendants with minor injuries. 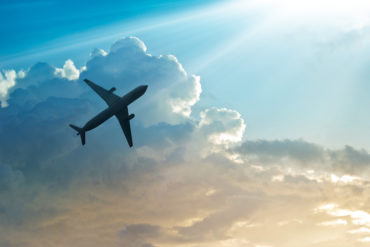 A Porter Airlines flight en route from Ottawa to Toronto on Nov. 14 narrowly avoided a mid-flight collision above Lake Ontario with what flight crew said may have been a drone.

The Transportation Safety Board says it has now closed its investigation into the incident, saying that the object doesn’t appear to have been a drone.

“The description and size of the object does not match any known commercial or consumer available unmanned aerial vehicle,” TSB spokeswoman Karine Eyamie said Wednesday. “The incident will remain identified as a near collision with an unidentified airborne object.”

The TSB noted that the incident occurred too far from shore and too high for the object to be a drone.

The Dash 8 Porter aircraft with 54 passengers was flying at just under 3,000 metres over Lake Ontario at 7:30 a.m. and was about 55 kilometres from Toronto’s island airport when the near miss occurred.

The TSB said it will not file a full, public report on the incident. It will, however, add a summary of the facts of the case to its database for statistical internal analysis.

Porter previously said its two flight attendants, who were in the process of securing the cabin for landing and weren’t in their seats, were pitched about the cabin when the incident occurred, but continued with their duties.

A TSB investigator said the aircraft ducked under the object in the air and noted that the encounter had been “very close.”

No passengers were injured during the flight and the plane landed normally.

Porter operates flights out of Toronto’s island airport to and from several Ontario cities, as well as to seven destinations in the U.S.