Irma could cost Chubb more than $700 million after tax

“Losses for Hurricane Irma are currently estimated to range from $800 million to $950 million pre-tax, or $640 million to $760 million after tax,” stated Chubb, which was formed in 2015 by the acquisition by ACE Limited of The Chubb Corp. All figures are in U.S. dollars. 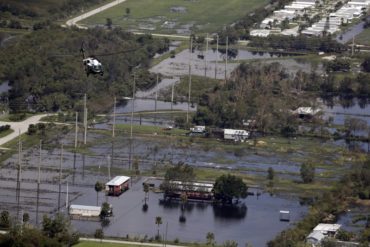 “These estimates are net of reinsurance, include reinstatement premiums and comprise losses generated from the company’s commercial and personal property and casualty insurance businesses as well as its reinsurance operations.”

On Sept. 11, AIR Worldwide said it estimated, at the time, that insured losses from Irma could range from US$20 billion to US$40 billion. Hurricane Irma made two separate landfalls in Florida Sept. 10, before moving north and west over land out of the state.

Aon plc’s Impact Forecasting unit earlier quoted the U.S. Federal Emergency Management Agency as stating 25% of homes in the Key West area of Florida were destroyed. There was also major flooding in Miami and Jacksonville.

With maximum winds of 185 miles per hour (298 km/h) for 37 hours, Irma was “the longest any tropical cyclone around the globe has maintained that intensity on record,” Impact Forecasting said at the time.

“Insured losses—including those paid by private industry and the National Flood Insurance Program—were likely to well exceed” US$10 billion, Aon Benfield added at the time.

“The catastrophes we have experienced in the last five weeks, including Hurricanes Harvey, Irma and Maria, and the earthquakes in Mexico, have been significant events, causing both a tragic loss of life and considerable property and infrastructure damage,” Chubb chairman and CEO Evan Greenberg stated Sept. 27  in a release.

Lloyds reported Sept. 29 that a “preliminary analysis” indicates net claims to the Lloyd’s market, after reinsurance, from Hurricanes Harvey and Irma, are estimated at US$4.5 billion. Lloyd’s made that comment in its financial report for the first six months of 2017, noting there is still a high degree of uncertainty in its loss estimates.

Hurricane Katrina, which caused major flooding in 2005 in New Orleans, ranked first on a list published in 2016 by Swiss Re of the 40 most expensive natural catastrophes from 1970 through 2015. Adjusted for inflation to 2015 U.S. currency, Swiss Re said Hurricane Katrina cost the industry $79.6 billion in insured losses.