Ironshore International has announced the availability of a political risk product to address the risk exposure of film production companies shooting in at-risk locations worldwide.

The Political Risk film production specialty insurance product will be offered within the company’s War and Terrorism platform to “provide film producers with comprehensive coverage of loss related to confiscation and various political violence perils,” notes a company statement Monday. 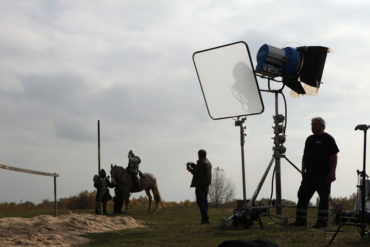 Risk coverage can include property damage and time element losses as a result of war, terrorism and political acts when filming in at-risk locations worldwide outside of the United States, the company reports.

Ironshore’s Political Risk program is “underwritten to protect film producers against loss and/or damage of equipment and property caused by acts of foreign governments while filming on location,” the statement notes.

Policy coverage includes equipment, props, wardrobe and other production materials for loss due to abandonment, deprivation, expropriation and licence cancellation.

“Film production is an industry that reaches into every corner of the world, thus exposing companies to the potential for significant loss from acts of foreign governments,” James Dover, Ironshore’s senior vice president of War & Sabotage, says in the company statement.

The new specialty product “combines political risk with war and terrorism coverage to protect producers filming in territories with a history of uncertainty and turmoil,” Dover adds.