Is the number of drunk drivers in Canada decreasing?

The number of Canadians who died in a crash involving a “drinking driver” has generally decreased in recent years, but rose again in 2015, according to recent research.

In 1995, 1,057 Canadians (excluding British Columbians) were killed in road crashes involving a drinking driver. Overall, that number steadily decreased over the decades to 427 in 2014, but rose to 446 in 2015, the most recent year for which data are available. 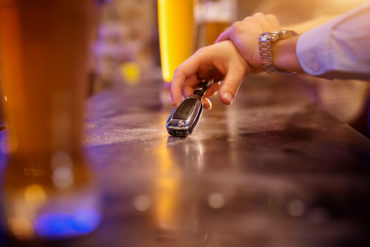 “Further monitoring is necessary to see if the increase in fatalities in 2015 will continue,” the Ottawa-based Traffic Injury Research Foundation (TIRF) wrote in a fact sheet, Road Safety Monitor 2018: Drinking and Driving in Canada, released last week. The fact sheet summarized the findings of a national annual public opinion poll of over 1,200 Canadians on road safety issues, conducted by TIRF in partnership with Beer Canada and Desjardins Insurance.

The percentage of persons killed in a road crash on a public roadway in Canada (excluding B.C.) that involved a drinking driver was 26.9% in 2015, down from a peak of 37.3% in 1995. It has since remained consistently below 35%, although with some fluctuation. From 2010 to 2014, there was a steady decrease in the percentage.

More recently, when asked about driving after consuming any amount of alcohol in the past 30 days, 20% admitted to doing this in 2018 compared to 18.9% in 2017. “It warrants mentioning that this includes drinking and driving after consuming lower levels of alcohol and levels below the legal limit or administrative limits (where they exist),” TIRF said. “With the exception of 2010 and 2016, there are some clear, albeit only mildly pronounced trends that have merged during this period.”

“Based upon recent trends in the number of alcohol-related road deaths and the percentage of total road deaths that are attributed to drinking drivers, progress has been made in Canada to combat drinking and driving,” TIRF concluded. “However, self-reported data on drinking and driving from this [Road Safety Monitor] beyond 2014 may indicate that such gains may be lost. Continued monitoring is necessary to see which way the trend is going.”