Is the two-year limitation period set in stone?

A motor vehicle accident victim can proceed with her personal injury claims after British Columbia’s Civil Resolution Tribunal (CRT) found the provincial public auto insurer made an “explicit promise” not to be bound by the two-year limitation period to start a claim.

In effect, Ritchie ruled Insurance Corporation of British Columbia (ICBC) “by words or conduct made a promise or assurance that was intended to affect the parties’ legal relationship, and that Mrs. Khairi acted on it or in some way changed [her] position in reliance on the promise.” Specifically, an ICBC employee told Nahida Khairi the limitation period was extended due to COVID-19.

Khairi and Matthew Browne were involved in a motor vehicle accident on Aug. 5, 2019 in Coquitlam, B.C. Khairi was a passenger in her husband’s vehicle at the time and claimed she was injured.

The issue in the preliminary decision was whether Khairi’s claim for personal injury damage was “out of time” under B.C.’s Limitation Act. Generally speaking, filing a claim out of time means the claim is time-barred and must be dismissed. However, limitation periods can be extended, postponed or waived in certain circumstances.

Representing Browne, ICBC argued that Khairi’s claim for damage was filed out of time. But a party may be prevented from relying on the Limitation Act as a defence to a claim based on promissory estoppel. 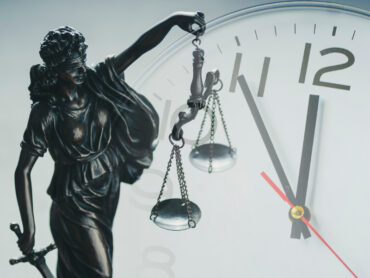 “An email in evidence provided by ICBC shows that during settlement negotiations on April 28, 2021, an ICBC employee spontaneously advised Mrs. Khairi that due to COVID-19, their limitation period was extended to August 5, 2022,” Ritchie wrote in the decision. “As a result, the ICBC employee advised Mrs. Khairi there was no rush to make any decisions about settlement at that time.”

Evidence also showed that on March 23 and April 13, 2022, “ICBC again incorrectly advised Mrs. Khairi that the limitation period for claims relating the accident was extended to Aug. 5, 2022. During this time, settlement negotiations broke down, and Mrs. Khairi appeared for dispute resolution at the CRT on April 6, 2022.”

Khairi said she would have not waited to start the claim if ICBC had not informed her of the limitation period extension. Khairi filed two related motor vehicle disputes with the tribunal, which can now proceed. The first was a request that the CRT determine whether her injuries are minor injuries under the Insurance (Vehicle) Act; the second was a claim for personal injury damages.

“I find ICBC, on behalf of Mr. Browne, made assurances to Mrs. Khairi that the limitation period would be extended to Aug. 5, 2022,” Ritchie wrote in her decision. “I find ICBC intended that promise to affect the parties’ legal relationship. Specifically, I accept ICBC told Mrs. Khairi of an extended limitation date, and intended to be bound by that later date.”

Ritchie said she also accepted that Khairi relied on this incorrect information related to the limitation date, and delayed filing a claim due to the information.

“I find there was an explicit promise by ICBC to not be bound by the statutory limitation period, and that ICBC, on behalf of Mr. Browne, waived Mr. Browne’s rights under the Limitation Act. I find promissory estoppel has been made out. So, I find Mrs. Khairi’s disputes may continue.”