Here’s why insurance for social media influencers is growing

“She’s obviously such a strong [social media] influencer that I think it was alleged that she single-handedly wrote $1.3 billion off Snapchat’s market value overnight,” said Nathan Rose, senior underwriter and business development specialist with Burns & Wilcox Canada. “It is terrifying that much power lays in the hands of someone.” 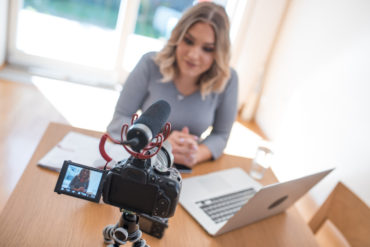 Rose spoke to Canadian Underwriter last week about social media influencers from an insurance perspective. While the influencer market is relatively new, it’s evolving quickly and it’s already sizeable – some estimates project the market’s global ad spend to be US$10 billion or more by 2020.

An influencer can be a celebrity, like Jenner with her more than 27 million Twitter followers. But it can also be a social media user who has “garnered a significant enough following to the extent that they have ultimately built their own brand,” Rose said. They are quite often employed to promote the view and product of third parties.

Being an influencer opens up an individual to a variety of exposures, such as copyright infringement, invasion of privacy and reputational damage to a brand by the influencer.

Content created by influencers is relatively unplanned and in some cases can even be live. Consider the example of an influencer endorsed to promote one hotel and then alleging another hotel is inferior.

But how is that different than somebody going on TripAdvisor and posting a negative review of a hotel? Influencers should understand that making a comment is going to have a knock-on effect and 10 million people, for example, will instantly see that post. This compares to somebody who “leaves an unbiased opinion on a public forum set up to essentially take those reviews,” Rose said. “I think it comes down to responsibility and duty of care in that [influencer] position.

“A big concern from the insurance perspective is whether they’ve obtained the appropriate clearances, licences and approvals,” Rose said. “If they haven’t, then they could be facing some fairly costly lawsuits. They really need to safeguard themselves against infringing on third-party intellectual property.”

“What’s interesting is just how vast their exposures are and these are exposures that you would have traditionally seen in the media realm already but for specific companies,” Rose said, “whereas now it’s like all the big exposures have been pooled for this one potential insured.”

It’s important that influencers understand their responsibilities to not breach third-party intellectual rights or run the risk of defamation. Beyond that, Rose recommends a suite of insurance products to address the greater combination of exposures. For example, there could even be bodily injury or property damage concerns if an influencer travels to high-risk territories or hazardous locations to film a stunt, for example. They also have cyber and privacy concerns if their social media account is hacked.

Disclaimers are key, Rose said. “If they can work in contractual disclaimers in any manner or means possible, be it one line at the bottom of an Instagram post or just confirming it’s a paid advertisement or a disclaimer in a YouTube channel, it will hold up some support at least in court.”