A 2018 Ontario court ruling in favour of Wawanesa, arising from a collision involving a truck rented to deliver furniture, has been overturned on appeal.

On Oct. 29, 2010, Hy Kiet Liu was in a vehicle that was rear-ended by a rented Ford CTV truck driven by Maroof Mahamood.

Mahamood was using the truck to make product deliveries for Fine Furnishings, which was insured by Wawanesa. 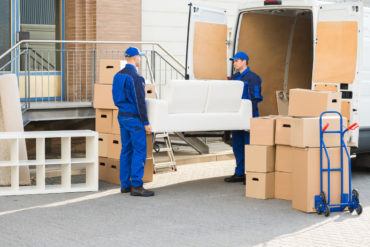 The company that supplied the rental truck – New Horizons – was insured by Aviva.

There was a priority dispute because each insurer said the other must pay first if a court awards Liu money from a lawsuit. Liu is suing Fine Furnishings, Mahamood and the rental company. Mahamood does not have his own vehicle insurance.

In Aviva Insurance Company v. Wawanesa Mutual Insurance Company, released this past Tuesday, the Court of Appeal for Ontario ruled in favour of Aviva. Wawanesa must be the first payor, the appeal court reasoned, because Fine Furnishings is really the lessee of the truck.

In 2006, Ontario changed its Insurance Act to spell out who pays if the driver of a leased or rented vehicle causes an accident and the victim sues. The law was changed at the time to stipulate that the insurance policy of the customer renting the vehicle – rather than the owner’s insurance policy –is the first to pay.

Originally, in a 2018 ruling, Justice Shaun Nakatsuru of the Ontario Superior Court of Juistice sided with Wawanesa, ruling that Mahamood was the lessee for the simple reason that it was Mahamood who signed the rental agreement.

Justice Nakatsuru found that it does not matter why Mahamood was renting it or what he was going to use the truck for.

Justice Nakatsuru should have considered whether Mahamood was acting as an authorized representative, or agent, of Fine Furnishings when he signed the rental agreement, Justice Michal Fairburn wrote for the Court of Appeal for Ontario in its ruling released Sept. 10, 2019.

In his original ruling, Justice Nakatsuru argued that just because a person who signs a rental agreement is doing so for an employer or for the benefit of someone else does not change the fact that that person is the lessee for the purpose of the Insurance Act.

“To hold otherwise would defeat the legislative purpose of the section and would only encourage frequent and protracted inquiries into the identity of some ‘true’ or de facto lessee,” he wrote.

“If rental car agencies like New Horizons wish to avoid circumstances such as that which occurred here, it can put into place other contractual arrangements or make provisions in the standard form agreements that they use that will make it clear when it is some other person or entity than the signatory to the rental agreement that is entering into the contract to rent a vehicle. This should not be difficult,” wrote Justice Nakatsuru.

But on appeal, Justice Fairburn noted that Fine Furnishings instructed Mahamood to rent vehicles from New Horizons for the purposes of completing Fine Furnishings’ deliveries.

In cases where someone rents a vehicle, the parties to the contract can usually be identified by ascertaining who signed the agreement, Justice Fairburn noted.

But in situations where the person renting the vehicle is an agent of someone else, “it may be necessary to go beyond the four corners of a rental agreement to understand the identities of the actual contracting parties.”

More News
Related
A driver is convicted of assault after a collision. Is the vehicle’s owner vicariously liable for the crash?
Home warranty provider loses argument that Aviva product is not insurance
Aviva loses battle in faulty workmanship exclusion dispute
Why Aviva Canada does not have to defend this sexual abuse lawsuit