June storms in Ontario and Prairies cost about $34 million in insured damage: CatIQ

The storms that hit Saskatchewan, Manitoba and Ontario on June 24 and 25 caused more than $34 million in insured damage, according to estimates from Catastrophe Indices and Quantification Inc. (CatIQ). 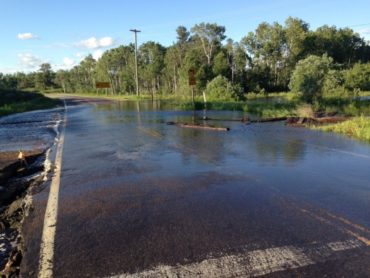 The Whiteshell area of Manitoba was one of the areas hit by the storms on June 24 and 25. Photo: @DCCHAIL.

A press release issued on Tuesday by the Insurance Bureau of Canada (IBC) noted that wind, flash floods and hail hit several areas, resulting in nearly 3,500 insurance claims being filed for damaged homes, vehicles and businesses.

At the time, Canadian Underwriter reported that a voluntary evacuation of homes and cottages in southern Manitoba near the Ontario border remained in effect several days after the heavy rain event, which caused flooding and road washouts.

“Storms such as these have been happening more frequently and with greater severity,” said Bill Adams, vice president, Western & Pacific, IBC, in the press release.

In Saskatchewan and Manitoba, hail, strong winds and flash floods caused most of the damage. In Ontario, flooding in the Thunder Bay area caused the greatest damage. Isolated hailstorms across the region also caused significant damage to homes and vehicles.

CatIQ delivers detailed analytical and meteorological information on Canadian natural and man-made catastrophes. Through its online subscription-based platform, CatIQ combines comprehensive insured loss indices and other related information for the insurance and reinsurance industries, public sector and other stakeholders.

IBC is the national industry association representing Canada’s private home, auto and business insurers. Its member companies make up 90% of the property and casualty insurance market in Canada.