WASHINGTON – The Supreme Court on Monday turned away an appeal from General Motors Co. seeking to block dozens of lawsuits over faulty ignition switches that could expose the company to billions of dollars in additional claims. 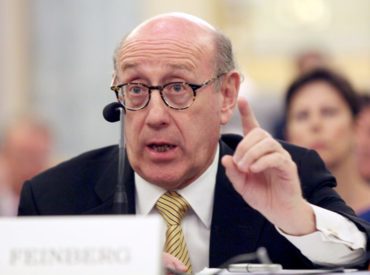 Kenneth Feinberg, who is administrating a fun to pay crash victims, testifies on Capitol Hill in Washington, Thursday, July 17, 2014, before a Senate Commerce subcommittee hearing examining accountability and corporate culture in wake of the GM Recalls. (AP Photo/Lauren Victoria Burke)

The justices without comment left in place a lower court ruling that said the automaker’s 2009 bankruptcy did not shield it from liability in the cases.

A federal appeals court ruled last year that GM remains responsible for ignition-switch injuries and deaths that occurred pre-bankruptcy because the company knew about the problem for more than a decade but kept it secret from the bankruptcy court.

The company had argued that well-established bankruptcy law allowed the newly reorganized GM to obtain the old company’s assets “free and clear” of liabilities.

GM recalled 2.6 million small cars worldwide in 2014 to replace defective switches that played a role in at least 124 deaths and 275 injuries, according to a victims’ fund set up by GM and administered by attorney Kenneth Feinberg.

But the appeals court in Manhattan overturned most of that decision and said hundreds of pre-bankruptcy claims could go forward.