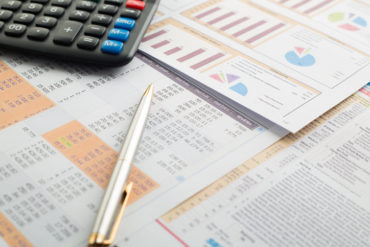 “Our results this quarter were negatively affected by several non-cash items,” explained Kingsway chief executive officer Larry G. Swets, Jr., in a press release on Monday. “We recorded a US$2.7 million loss on change in the fair value of our subordinated debt, primarily driven by a reduction in the assumed credit spread used in our valuation model.”

Kingsway – a holding company functioning as a merchant bank that owns or controls subsidiaries primarily in the insurance, extended warranty, asset management and real estate industries – said in the release that operating loss was US$3.3 million for the second quarter of 2017 ending June 30 compared to US$1.1 million for Q2 2016. Operating loss reflects the company’s core operating activities, including its reportable segments, passive investment portfolio, merchant banking activities and corporate operating expenses.

For its Insurance Underwriting segment, Kingsway’s operating loss was US$0.4 million, inclusive of US$0.8 million of unfavourable development for property and casualty loss and loss adjustment expenses from prior accident years, for the second quarter of 2017 compared to segment operating income of $0.2 million in Q2 2016.

Operating income attributable to the Leased Real Estate segment was US$0.9 million for the most recent quarter compared to zero for the second quarter of 2016.

Swets noted that Kingsway’s segment operating income continued to improve. “The Extended Warranty segment recorded another quarter of improved results, which it has consistently demonstrated during the past year,” he said in the release. “Our Leased Real Estate segment contributed another steady quarter of earnings. And, in the Insurance Underwriting segment, we continue to make progress on the implementation of multiple initiatives under our new insurance management team.”

However, the company also recorded a US$2.1 million fair value loss for its investment in 1347 Investors LLC, the merchant banking arm of Kingsway. As well, net investment income reflected a US$1 million loss related to the one-time impairment of an investment held by one of the company’s limited liability company investments, Swets said. Finally, Kingsway recorded US$1 million of income tax expense related to contingent consideration benefits arising from prior business combinations.

More News
Related
Kingsway reports net loss of US$1.7 million in first quarter of 2017
P&C reinsurance gross written premiums for half-year up 17.3% to 5.4 billion euros for Hannover Re
Loss ratio up 3 points for Arch Capital
Berkshire Hathaway reports US$45.9 billion in insurance premiums earned for 2016, up more than US$4 billion from 2015