Fitch Ratings expects more defaults and mergers and acquisitions activity in both the short and medium terms for container shipping, but adds this “will only restore equilibrium and boost freight rates if they prompt capacity reduction.” 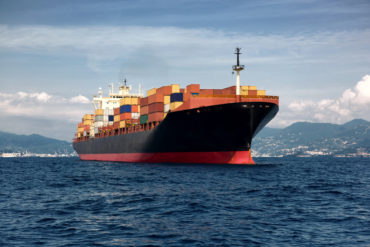 “Bankruptcies in shipping are not unusual, especially in the current dire industry conditions, but Hanjin is the seventh largest container shipping company in the world and its filing for receivership may, therefore, have far-reaching ramifications,” Fitch Ratings reports.

In particular, “creditors’ withdrawal of support may indicate a re-assessment of the financing landscape, where secured bank funding for new vessels has remained relatively accessible even as market conditions have deteriorated,” the ratings company notes.

“Such a change would pave the way for more restructurings,” the company adds.

“Bankruptcies or consolidation will reduce the number of competitors and may have a short-term positive impact on freight rates and capacity utilization,” the statement points out.

That said, Fitch Ratings suggests, “significant overcapacity and slow demand growth mean fundamentals will not improve unless capacity is withdrawn from the market.”

Impact on the sector will depend on the share of Hanjin’s capacity being redeployed in the market following receivership proceedings, the company adds.

As a result of the receivership, some interruptions to the delivery chain are anticipated – although these are likely to be short term – including Hanjin’s current and future alliance partners and slot sharing partners.

Overall, “we expect the container shipping companies’ financial results to deteriorate in 2016 from 2015 due to weak freight rates, which often do not cover operating costs,” Fitch Ratings notes.

For South Korea specifically, Fitch Ratings noted in an earlier statement that the Aug. 30 decision by the creditors of Hanjin “to withdraw financial support for the company was a proactive step towards restructuring the country’s shipping and shipbuilding industry, and a sign that troubled entities in this sector will not be propped up indefinitely.”

It is believed “taking a more commercial approach towards financially ailing large corporates should, ultimately, bolster the health of the banking sector, and lift Korea’s long-term growth prospects,” the press release adds.

Korea’s shipping and shipbuilding companies have struggled in recent years with the slowdown in global trade causing severe oversupply in the industry.

Low oil prices had helped Hanjin – the country’s largest shipping company – make a small profit in 2015, but the company had posted losses in each of the previous five years.