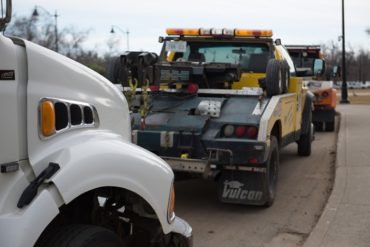 The Government of Saskatchewan has proclaimed the Traffic Safety (Tow Trucks) Amendment Act to permit blue lights to be used in conjunction with amber lights on tow trucks and for other vehicles providing roadside assistance, SGI explained in a press release. Adding blue lights will increase visibility from further distances on highways, SGI said.

“Operators of tow trucks and roadside assistance vehicles put their lives on the line to help stranded motorists,” noted Joe Hargrave, the Minister Responsible for Saskatchewan Government Insurance. “Adding blue lights to these vehicles will alert motorists sooner, providing them ample time to slow to 60 [kilometres per hour] while passing. It will help make highways safer for all road users, and help our roadside responders make it home safely.”

A public safety awareness campaign will begin this long weekend, educating drivers about the importance of slowing to 60 km/h when they see flashing lights on the side of the road, regardless of colour – blue, red or amber.

SGI is also reminding drivers that exceeding the limit by even 10 km/h when passing these vehicles with lights engaged will cost a driver $210, including fines and surcharges.

Announcement of the legislation came in April, less than one month after tow truck operator Courtney Schaefer was killed while working on a roadside near the Gerald area during a blizzard, the Canadian Press reported on April 6. The Saskatchewan government said at the time that it is the first jurisdiction in Canada to introduce a two-colour lighting combination for two trucks – others use amber lights only.