Lawsuit against employers by federal worker, arising from head injury, may reach Supreme Court of Canada

The Supreme Court of Canada is scheduled to announce Thursday whether it will hear an appeal over the question of whether the restriction, in a provincial workers’ compensation plan against suing employers, also applies to federal workers subject to the Government Employees Compensation Act. 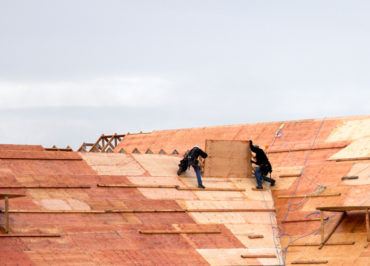 Court records indicate that federal employee Linda Hill was injured in her workplace at the Elijah Smith Building in Whitehorse after being struck on the head by a piece of wood that had fallen from the roof.

She sued construction worker Jason Tomandl, his employer (Ketza Construction Corp.) and SNC-Lavalin Group Inc., which was contracted by the federal government to maintain the property.

The defendants applied to have Hill’s lawsuit dismissed, arguing that Canada’s Government Employees Compensation Act “incorporates a provision of the Alberta Workers’ Compensation Act… that prevents actions for workplace injuries from being pursued against private sector employers and workers.”

In 2015, the Supreme Court of Yukon ruled in favour of Hill. That ruling was upheld on appeal, in a decision released June 7, 2016. Tomandl applied for leave to appeal to the Supreme Court of Canada, which stated Jan. 9 that on Jan. 12, it will release its judgment on Tomandl’s leave application.

GECA “bars an employee who is eligible to receive compensation from bringing a civil claim against the federal Crown, its officers, servants, and agents,” Justice Groberman wrote.

But when GECA was revised in 1955, there was “no suggestion that the new legislation would curtail an employee’s right to sue an employer or worker other than the Crown and its servants,” added Justice Groberman.

“The defendants submit that it would be inconsistent with the ‘historic trade-off’ and Parliament’s intention to subject federal employees to provincial compensation systems if lawsuits were permitted to proceed against employers and other employees covered by the provincial scheme,” Mr. Justice John Vertes of the Supreme Court of Yukon wrote in 2015 in his ruling in favour of Hill. “The whole point of a universal scheme of compensation is to avoid lawsuits where employers and employees are involved. The defendants argue that a consistent interpretation of the interplay between GECA and the Alberta legislation is only achieved by a finding that the applicable statutory bar operates in tandem with GECA.”

Justice Vertes ruled that the statutory bar does not apply in Hill’s lawsuit.

In upholding that ruling, the Court of Appeal of the Yukon cited case history, including the Supreme Court of Canada’s 1943 ruling in Ching v. The Canadian Pacific Railway Co.

Postal clerk Henry Ching was injured while working on a railway mail car in Alberta. Ching and the District Director of Postal Services submitted a report to the Workmen’s Compensation Board of Alberta, which administers the Government Employees Compensation Act. Ching also sued Canadian Pacific Railway.

The Supreme Court of Canada found that the authority given by the federal government to the Workmen’s Compensation Board of Alberta was “strictly limited” “the right to compensation” and this right has no “resulting effects upon collateral rights against third parties,” Mr. Justice Ivan Rand wrote in 1943 on behalf of Canada’s high court.

Joseph and David Ryan died in 2004 after their fishing vessel capsized off the coast of Newfoundland and Labrador.  Their family received compensation under Newfoundland and Labrador’s Workplace Health, Safety and Compensation Act. They also sued several defendants under the federal Marine Liability Act. They sued Universal Marine Limited, Marine Services International Limited and an employee, alleging negligence in the design and construction their vessel. The Ryans also sued the federal government, alleging negligence in the inspection of the vessel by Transport Canada.

The Supreme Court of Newfoundland and Labrador ruled in favour of the Ryan family, finding that “liability in the marine context falls within the exclusive federal jurisdiction” over navigation and shipping in the 1867 Constitution Act, formerly known as the British North America Act. This ruling was upheld by the province’s court of appeal but overturned by the Supreme Court of Canada.

Newfoundland’s Workplace Health, Safety and Compensation Act “removes compensation for workplace injury from the tort system, of which the MLA is a part,” wrote Madam Justice Andromache Karakatsanis and Mr. Justice Louis Lebel in the Supreme Court of Canada’s unanimous ruling in Marine Services.

The Supreme Court of Canada found that Newfoundland’s Workplace Health, Safety and Compensation Act is not constitutionally inoperative in respect of federal maritime negligence claims by either the doctrine of federal paramountcy or by the doctrine of interjurisdictional immunity.

But the Marine Services decision does not suggest that “the history of the GECA was one of trade-off, nor as suggesting that it must be read as adopting provincial workers’ compensation regimes,” Justice Groberman wrote in Hill v. Tomandl. Concurring were Madam Justice Mary Saunders and Madam Justice Karan Shaner.

In Marine Services, the Supreme Court of Canada cited the 1997 ruling in Pasiechnyk v. Saskatchewan Workers Compensation Board.

“Workers’ compensation is a system of compulsory no-fault mutual insurance administered by the state,” Mr. Justice John Sopinka wrote for the Supreme Court of Canada in Pasiechnyk. He added that in Canada, workers’ compensation began when Sir William Ralph Meredith was appointed in 1910 to recommend a scheme for Ontario.

“The bar to actions against employers is central to the workers’ compensation scheme as Meredith conceived of it: it is the other half of the trade-off. It would be unfair to allow actions to proceed against employers where there was a chance of the injured worker’s obtaining greater compensation, and yet still to force employers to contribute to a no-fault insurance scheme.”

The case arose in 1991, the year after a crane owned by Pro-Crane Inc. fell over a trailer in which “employees at a Saskatchewan Power Corporation (“SaskPower”) construction site were taking their morning coffee break,” Sopinka wrote. “Two workers died and six others suffered serious and debilitating injuries. The injured workers and the dependants of the deceased workers qualified for and received workers’ compensation benefits.”

Injured workers and dependants of the workers who died sued SaskPower and Pro-Crane. They also sued the Saskatchewan Government, claiming it was negligent in inspecting the crane. The Workers’ Compensation Board determined that all three defendants were employers under the province’s Workers Compensation Act. The plaintiffs sought judicial review and were initially unsuccessful. The provincial appeal court agreed that the plaintiffs were barred from suing SaskPower and Pro-Crane, but not from suing the province under the Occupational Health and Safety Act. The province appealed to the Supreme Court of Canada, which restored the ruling of the Court of Queen’s Bench.

The majority of the Supreme Court of Canada ruled that the standard of reviewing a Workers’ Compensation Board decision was “patent unreasonableness” and that the board’s ruling was not patently unreasonable.

“The principle of no-fault recovery assists the goal of speedy compensation by reducing the number issues that must be adjudicated,” Justice Sopinka wrote. “The bar to actions is not ancillary to this scheme but central to it. If there were no bar, then the integrity of the system would be compromised as employers sought to have their industries exempted from the requirement of paying premiums toward an insurance system that did not, in fact, provide them with any insurance.”