A Supreme Court of Canada ruling released in July has “huge ramifications” for employers in the trucking industry, while a more recent decision provides guidance on interpreting standard-form contracts, a lawyer suggested Tuesday to insurance professional in Toronto. 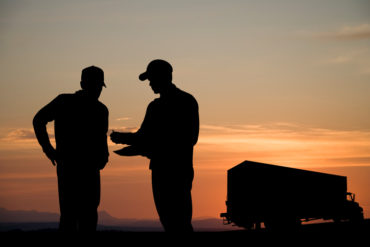 In its ruling in Wilson v. Atomic Energy of Canada Ltd., Canada’s highest court “held that federally-regulated employees cannot be terminated absent cause,” said lawyer Rui Fernandes, whose clients include transportation and insurance companies. “So if you want to terminate someone, and you just want to give them severance pay for the notice period that normally is given, you can’t do that, which means that if you operate an airline, a shipping company, inter-provincial trucks and railways, you can’t terminate your employees without cause.”

Fernandes, a partner with Fernandes Hearn LLP, made his remarks during a presentation at the Canadian Board of Marine Underwriters Fall Conference, held at the Royal York Hotel in Toronto. Membership in CBMU is open to companies underwriting marine insurance in Canada.

Court records indicate that AECL hired Joseph Wilson in 2005 as a buyer/order administrator. He was later promoted to procurement supervisor and had a clean disciplinary record but was dismissed in November 2009. Wilson filed an unjust dismissal complaint in accordance with section 241 (1) of the Canada Labour Code. That law gives the federal labour department the authority to appoint adjudicators to hear complaints. In Wilson’s complaint, Adjudicator Stanley Schiff ruled that the Canada Labour Code did not allow dismissals without cause.

AECL applied for judicial review to the Federal Court, which ruled in favour of AECL, finding “there is no basis for concluding that the CLC only permits dismissals for cause.” This ruling was upheld on appeal but overturned by the Supreme Court of Canada, in a decision released July 14, 2016.

AECL’s “argument that employment can be terminated without cause so long as minimum notice or compensation is given …. would have the effect of rendering many of the Unjust Dismissal remedies [under Canada Labour Code Volume III] meaningless or redundant,” wrote Madam Justice Rosalie Silberman Abella on behalf of the majority of the Supreme Court of Canada, in restoring the adjudicator’s decision against AECL.

But Justice Abella noted that in 1978, the federal government amended the Canada Labour Code “to offer an alternative statutory scheme consisting of expansive protections much like those available to employees covered by a collective agreement.” That scheme includes sections 240 through 246, covering unjust dismissal complaints. Those rules apply to airlines, banks, broadcasting, inter-provincial and international services (such as railways, telecommunications, pipelines, canals and shipping) and crown corporations, among others.

The Wilson ruling “has huge ramifications for the trucking industry,” Fernandes said Tuesday at the CBMU conference. “Generally it’s 180 degrees from previous position at law.”

Fernandes noted there are some exceptions – such as employees who have been employed less than 12 months, and where a position has been eliminated.

Creston Moly Corp., formerly known as Georgia Ventures, agreed to pay a finder’s fee, in shares, to Sattva Capital Corp., to help Georgia Ventures acquire a mining property in Mexico. But the parties went to court over a disagreement over which date should be used to determine the price of the Creston Moly shares.

“The Supreme Court essentially clarified how you interpret contracts,” Fernandes said Tuesday of the Sattva ruling. “Now they said the interpretation of contracts has evolved towards a practical common sense approach not dominated by technical rules of construction. The overriding concern of the court is to determine the intent of the parities and the scope of their understanding.”

In previous centuries, interpretation of contracts “had to be considered questions of law because only the judge could be assured to be literate and therefore capable of reading the contract,” Mr. Justice Marshall Rothstein of the Supreme Court of Canada wrote in Sattva in 2014.

But today, the interpretation of contracts “has evolved towards a practical common-sense approach not dominated by technical rules of construction,” Justice Rothstein wrote.

The Supreme Court of Canada also found that the standard of review, on appeal, in the Sattva case, was reasonableness rather than correctness.

“In the context of commercial arbitration, where appeals are restricted to questions of law, the standard of review will be reasonableness unless the question is one that would attract the correctness standard, such as constitutional questions or questions of law of central importance to the legal system as a whole and outside the adjudicator’s expertise,” Justice Rothstein wrote. “The question at issue here, whether the arbitrator interpreted the Agreement as a whole, does not fall into one of those categories.”

But the Sattva ruling “should not be read as holding that contractual interpretation is always a question of mixed fact and law, and always owed deference on appeal,” Mr. Justice Richard Wagner of the Supreme Court of Canada wrote in the more recent decision in Ledcor Construction Ltd. v. Northbridge Indemnity Insurance Co.

In Ledcor, “the Supreme Court said, ‘Yes we did say in Sattva that the standard of review was reasonableness but in a standard form contract, such as insurance, it’s going to be correctness,'” Fernandes said Tuesday.

Ledcor took the insurers to court after a claim – arising during construction of EPCOR Tower – was denied. The insurers cited an exclusion in the policy for “the cost of making good faulty workmanship, construction materials or design unless physical damage not otherwise excluded by this policy results, in which event this policy shall insure such resulting damage.”

The claim arose after windows were damaged during the cleaning process.

In overturning the Alberta Court of Appeal, the Supreme Court of Canada restored a Court of Queen’s Bench of Alberta ruling against the insurers.

The “reasonable expectations” of the parties in Ledcor, “informed largely by the purpose of builders’ risk policies, point to the faulty workmanship exclusion serving to exclude from coverage only the cost of redoing the faulty work,” the Supreme Court of Canada ruled in Ledcor.

In Ledcor, the Supreme Court of Canada “made a comment that contractual interpretation with a factual matrix – what was going on in the background – carries less weight in the interpretation of standard form contracts,” Fernandes said.

“Parties to an insurance contract may negotiate over matters like the cost of premiums, but the actual conditions of the insurance coverage are generally determined by the standard form contract,” Justice Wagner wrote in Ledcor.

“For standard form contracts, the surrounding circumstances generally play less of a role in the interpretation process, and where they are relevant, they tend not to be specific to the particular parties,” Justice Wagner added. “It would be undesirable for courts to interpret identical or very similar standard form provisions inconsistently, without good reason.”