The Liquor Control Board of Ontario (LCBO) will oversee approximately 150 standalone cannabis retail stores, the provincial government said on Friday as part of its “safe and sensible framework” to manage the Government of Canada’s plan to legalize cannabis by July 2018. 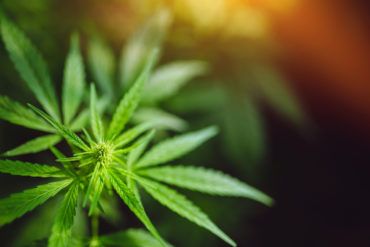 “Ontario’s approach to the legalization of cannabis will be informed by the province’s experience in managing tobacco and alcohol, as well as practical lessons of other jurisdictions that have recently legalized cannabis,” the release said, adding that the province is “committing to a safe and sensible framework to govern the lawful use and retail of recreational cannabis as a carefully controlled substance within the province.”

Key elements of the framework include:

The release added that the province will develop an “integrated prevention and harm reduction approach that would promote awareness of cannabis-related health harms and help people make informed decisions about use.” The approach will also include education, health and social service providers that work with, and educate, youth and young adults.

Related: With marijuana legalization impending, now is not the time to lower the legal alcohol limit, CAA-Quebec argues

Decisions with respect to pricing and taxation will be made after further details are provided by the federal government, the ministry reported, adding that “final decisions will be informed by focusing on the objectives of discouraging consumption and eliminating the illegal market.”

In the lead up to federal legalization, to help ensure public awareness of this transition and the new measures that will take effect, the government will also undertake a public information campaign in coordination with the federal government.

Ontario also intends to consult closely with municipalities, Indigenous communities and stakeholders to determine additional details about the retail and distribution system.

“We are committed to getting this transition right,” Sousa said in the release. “When it comes to retail distribution, the LCBO has the expertise, experience and insight to ensure careful control of cannabis, helping us to discourage illicit market activity and see that illegal dispensaries are shut down.”

Naqvi added that “we’ve heard people across Ontario are anxious about the federal legalization of cannabis. The province is moving forward with a safe and sensible approach to legalization that will ensure we can keep our communities and roads safe, promote public health and harm reduction, and protect Ontario’s young people.”

The ministry reported that the government recently made changes allowing police to immediately remove drivers from the road who they believe are impaired by drugs, including cannabis. A 2015 report by the Centre for Addiction and Mental Health suggested that 45% of Ontario adults have used cannabis at least once in their lifetime, and about 15% used it in the past year.