A plumbing contractor facing a subrogation lawsuit from a homeowner’s insurer is not eligible for coverage under the homeowner’s purchased Residential Builders–All Risks [RBAR] insurance policy, an Ontario court has ruled.

Joseph and Lidia Maio had their dream home built on a property in Vaughan, Ontario. It took two years to build and was finally completed in September 2009. Nine days after the Maios moved into their new place on Nov. 1, 2009, a faucet on the main floor became detached, resulting in a flood that caused over $3 million in damage. 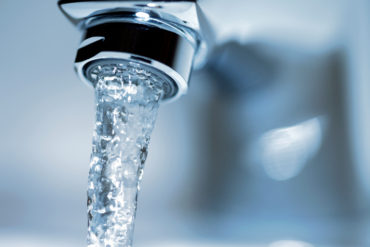 The Maios made a claim under their homeowner’s policy. Their insurer started a subrogated action on their behalf against the City of Vaughan, Kapp Contracting (a subcontractor that had provided services) and Mer Mechanical Inc., the contractor that installed the faucet.

The actions against the City of Vaughan and Kapp Contracting have settled. The trial in the action against Mer Mechanical is scheduled for September 2018.

Mer Mechanical asked the court for summary judgment to dismiss the case, arguing that it was covered under the RBAR policy that the Maios had purchased for the period covering the construction of their home. Since the RBAR policy included a waiver of subrogation, the claim against Mer Mechanical should be disallowed, the plumbing contractor argued in court.

But the court found the RBAR coverage did not apply to Mer Mechanical, based on the policy wording defining both an “occurrence” and the “inception of the event.”

The Maios held two policies covering the construction phase; each had a different definition of occurrence. The court found the RBAR policy took precedence over the other, and the definition in the RBAR policy refers to “any one loss, casualty or disaster or series of losses, casualties or disasters, arising out of one event.”

At some time between June and August 2009, before the RBAR policy expired, Mer Mechanical installed a faucet in the main floor of the house. On Nov. 9, 2009, after the expiry of the RBAR policy, an extension tube connecting the faucet to the water line separated, resulting in a leak.

An engineer retained by Mer Mechanical suggested the components of the faucet began to be stressed soon after it was installed, which affected the water seal’s resistance to water pressure.  He referred to this as “creep/stress relaxation.” This ultimately led to the failure of the faucet on Nov. 10, 2009.

Mer Mechanical argued the “inception of the event” was the improper installation resulting in the “creep/stress relaxation.” Since this happened during the coverage period, the insurer was liable for the resulting loss according to the terms of the policy.

But the court found the “occurrence” referred to only “one loss…arising out of one event,” and that the “event” described in the policy referred to the detachment of the faucet from the water supply.

“With respect, the defendant appears to have confused ‘inception’ with ‘cause,’” Ontario Superior Court Justice Andras Schreck wrote. “The terms are not synonymous.”