What have we learned from Lac-Megantic train derailment?

Nearly five years after a fatal accident in which a runaway freight train caught fire in Lac-Mégantic Quebec, the frequency of uncontrolled train movements is on the rise, the Transportation Safety Board of Canada warned Wednesday. 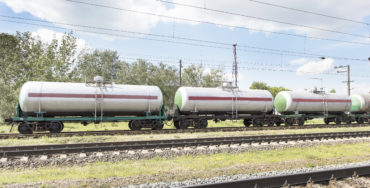 On June 17, 2016, a train with 74 cars and two locomotives rolled uncontrolled for about three miles at the MacMillan Yard in Vaughan, Ont. That yard is Canadian National Railway’s main freight classification yard serving eastern Canada. The train was stopped and no one was injured.

TSB said in its report that crews had not charged air brakes on any of the freight cars of the train. TSB added that the locomotive independent brakes were not sufficient to control the train.

After the incident, CN implemented new rules stipulating the number of operational air brakes required on trains operating in the yard, TSB said in the report.

The crew members involved in that incident “had received little training in locomotive operation and train handling, as this was not required under existing regulations,” TSB said in a press release Wednesday.

On July 5, 2013, a Montreal, Maine and Atlantic (MMA) Railway train with 72 crude oil tanker cars with crude oil was stopped for the night near Nantes, nearly 200 kilometres south of Quebec City. About 1 a.m., the train started to move downhill, picked up speed and 63 tanker cars derailed in Lac-Mégantic. The resulting fire and explosions killed 47. Property damage included destruction of 40 buildings and 53 vehicles. About 6 million litres of oil spilled, contaminating about 31 hectares of land and resulting in about 100,000 litres of oil spilling into the nearby lake and river.

Quebec’s government has recently launched a $409-million claim against the railway for cleanup costs. Other litigation in the works includes claims made by insurers and a recent $5.1-million class action lawsuit by Lac Megantic residents.

One of TSB’s 18 findings from the Lac-Mégantic investigation was that the seven hand brakes applied to the unattended train “were insufficient to hold the train without the additional braking force provided by the locomotive’s independent brakes.”