Learning from the mistakes of pandemic coverage

There are lessons to be learned from the current COVID-19 pandemic about how to protect clients against future pandemic losses, senior industry executives say.

The Wimbledon Championships’ pandemic coverage, for example, was generally hailed as a success. The famed tennis tournament held annually in the All England Club was cancelled Apr. 1, 2020. Organizers had paid for pandemic coverage since the SARS outbreak in 2003 — about £1.5 million per year, or about CAD$2.6 million per year — totalling about £25.5 million (nearly CAD$45 million) over the last 17 years.

A report from GlobalData, based in the United Kingdom, stated that the tournament was set to receive a payout of £114 million, or about CAD$200 million by making claim due to the COVID-19 pandemic.

And on the negative side of the equation, the World Bank’s International Bank for Reconstruction And Development (IBRD) — which provides loans and risk management services, among other services, to middle-income developing countries — created a Pandemic Emergency Financing Facility, which the World Bank’s former chief economist called “an embarrassing mistake.”

That’s because payouts took too long, and they didn’t pay out enough money. And whatever money was paid out was spread out among too many countries, Manuel Chirouze, the west coast cat modelling lead at Guy Carpenter, explained during a recent Insurance Institute of Ontario webinar. 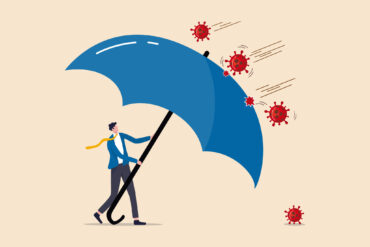 That said, the bank exhibited “quite a bit of foresight” by setting up a three-year facility in 2017, Chirouze said. It was meant to cover the flu, coronavirus and a series of other fevers, including Ebola, that had gripped West Africa from 2014-16.

COVID-19 was covered under the parameters and it was announced in the spring that all necessary conditions were met.

That meant 64 of the world’s poorest countries would get a payout of $195 million. Each country wouldn’t receive that amount, Chirouze pointed out, but rather it would be spread among them. In fact, he added, only $150 million that got paid out: two additional Ebola outbreaks over the previous two years required payouts from the facility.

“This is something that could be thought of as a success story,” Chirouze said during the webinar entitled The New Case for Parametric Insurance. “It was a peril that needed to be covered. The payout happened. Yet, you hear people like the World Bank’s former chief economist Lawrence Summers call this product ‘an embarrassing mistake.’ In the media, there’s been a lot of criticism for this cover.”

One reason was the 12-week wait lag time between the beginning of the outbreak and the time the facility payment would trigger. “Those 12 weeks were 12 critical weeks this year where COVID-19 was spreading very rapidly and all of the healthcare facilities around the world were overwhelmed,” Chirouze said. “So having that access to funding in a much faster form would have been a massive gamechanger for these countries.”

Another reason was the relatively small payout to the large number of affected countries. Clearly, Chirouze said, this facility was not designed for a pandemic of this magnitude.

“That’s a sobering thought, because when we’re thinking about parametric structures, we really need to think about not just, ‘What is the use I will have for this?’ and make sure that it is tailored for the right thing,” Chirouze said. But the designers of the facility also must be aware of the social environment as well.

“With all the media coverage of this facility existing, maybe these governments thought that they had a safety blanket,” Chirouze said. Therefore, “they didn’t think more about securing or protecting their hospitals or healthcare facilities ahead of an event.”