A recent Court of Appeal for Ontario ruling is “great news” for insurers of sports and recreations clients, such as ski resorts, paintball, and dirt biking, a lawyer told Canadian Underwriter Thursday.

In a decision released March 28, the court ruled that two people suing ski resorts where they were injured are subject to the waivers to which they agreed. Allegations against the resorts have not been proven in court. 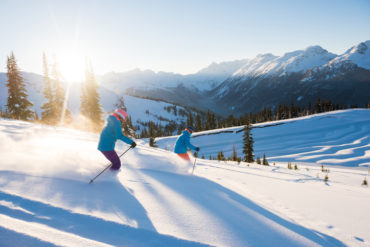 In two separate Ontario Superior Court actions, the lower court ruled in 2017 that Elizabeth Woodhouse and David Schnarr could sue Snow Valley Resorts and Blue Mountain Resorts, respectively. They were novel rulings, with the judges finding that, under Ontario’s Consumer Protection Act, waivers are void if they negate a requirement under CPA to provide a product of “reasonably acceptable quality.” But under the same circumstances, ski resorts can sometimes use waivers to defend against personal injury lawsuits under the Occupiers’ Liability Act.

Those rulings had “really upset decades of case law and waivers, where insurance companies and resort operators could use these waivers as full-stop defences,” said Robert Betts, the Beard Winter LLP lawyer who defended Blue Mountain.

The March 28 appeal court ruling “has essentially righted the ship and put things back to where they were prior to the lower court decisions,” added Betts. The ruling is “great news for liability insurers, particularly any liability insurer who deals with the recreational industry.”

Separate appeals by the ski resorts were heard together by a three-judge Court of Appeal for Ontario panel. The appellate court referred the cases back to the Superior Court of Justice, ordering that the lower courts proceed on the basis that the waivers apply not only to negligence allegations under the Occupiers’ Liability Act but also to breach of warranty allegations under the Consumer Protection Act.

Schnarr bought a season ski pass from Blue Mountain’s website in 2010. On Mar. 26, 2011, while skiing on a trail called the “Smart Alec,” Schnarr got hurt after hitting a piece of debris and striking a tree. Initially, his lawsuit was framed as a tort claim under the Occupiers’ Liability Act. But in 2016, he also alleged Blue Mountain breached its warranty under the Consumer Protection Act.

Schnarr agreed to an online waiver exceeding 170 words that included “any and all liability for any loss, damage or expense or injury” resulting from “either my use of or my presence” at the ski facility “or travel beyond the ski area boundary.”

Schnarr argued the court should “differentiate between occupiers who own land and who require the protection from liability for guests and trespassers who might cross onto their lands, and occupiers who sell a service and take on the additional character of a supplier of services.” The original lower court decision would still have allowed the ski resort to argue it “met the standard of reasonableness both as an occupier and a supplier,” Schnarr had argued.

But it is “absurd” to tell the ski resorts that their waivers protect them from negligence claims but not from warranty claims, Court of Appeal for Ontario Justice Ian Nordheimer wrote in his decision on behalf of the majority. This is because the resorts would “held liable for something that they thought they had lawfully protected themselves against.”

Waivers are “not a total panacea,” Olah said Thursday in an interview. For one, courts have ruled they do not apply to minors.

“Even if you have the waiver, you have to have good risk management policies and practices in place,” Betts told Canadian Underwriter. “If you don’t take reasonable steps to bring a waiver to the attention of the person who is subject to the waiver, the court may not apply it.”