If legislation tabled last week is passed into law, Canadian police officers would be able to test any legally-stopped driver for alcohol impairment and the Criminal Code of Canada would be amended to clarify that police drug recognition experts could give opinion testimony during criminal trials of motorists charged with impaired driving. 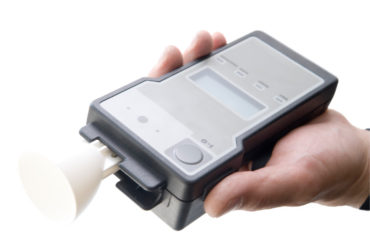 If Bill C-46 is passed into law, “police officers who have an approved screening device on hand would be able to test any driver they lawfully stop, even if the officer does not suspect the driver has alcohol in his or her body,” the federal justice department states on its website.

Bill C-46 was tabled April 13 in the House of Commons, for first reading, by Attorney General of Canada Jody Wilson-Raybould.

A similar measure was proposed in Bill C-226, a private member’s bill by Steven Blaney, Conservative MP for Lévis-Bellechasse, Quebec. Blaney was public safety minister before the Liberals replaced the Conservatives as ruling party in 2015.

The commons’ public safety and national security committee has since recommended against passage of Bill C-226, mainly because of concerns over its proposal for mandatory five-year minimum sentences for impaired driving causing death.

If the government’s more recently-tabled Bill C-46 is passed into law, the maximum sentence for impaired driving causing death – currently at 14 years – would increase to life in prison.

In Bill C-226, Blaney is proposing that the Criminal Code of Canada mandate – in cases where one impaired driver causes multiple deaths – five year consecutive sentenced for each person killed. That provision raises “significant” issues under the Charter of Rights and Freedoms, said Bill Blair, Wilson-Raybould’s parliamentary secretary, in an earlier debate on Parliament Hill.

“There will undoubtedly be a constitutional challenge to any higher mandatory minimum penalties,” federal government lawyer Greg Yost told MPs during Commons committee hearings in September, 2016.

“Impaired driving provisions in the Criminal Code today and historically have been among the most litigated parts of the Criminal Code,” Morency said at the time in reference to Blaney’s private member’s bill. “That does not mean that provisions would necessarily fail because of the Charter challenges, but it is a reality.”

The power for police officers to stop drivers at random “flows out of provincial legislation and common law, and it has been upheld by the Supreme Court of Canada on several occasions,” Yost said at the time.

“At any time while I am driving my car, authorities can stop my car to make sure it is working properly,” Blair said in April, 2016 during second reading of Bill C-226.

“It is perfectly reasonable for authorities to check any of the three conditions with which I must comply when I get behind the wheel of a car: being sober, abiding by the rules of the road, and having a valid driver’s licence,” added Blair, a former Toronto chief of police.

In Bill C-46, the government is proposing to let police use oral fluid screeners on drivers to detect the presence of drugs, if they have “reasonable suspicion” that a driver has drugs in his or her body.

“A reasonable suspicion would be based on objectively discernable facts, such as red eyes, muscle tremors, agitation, or speech patterns,” Justice Canada says on its website.

Legal limits for THC would be set by regulation, Justice Canada states.

Bill C-46 “would also clarify that certified drug recognition evaluating officers do not need to be qualified as an expert to give opinion testimony at trial,” states Justice Canada. It would also “provide a police officer the option to demand blood instead of a drug recognition evaluation where they have reasonable grounds to believe an impaired driving offence has occurred.”

Currently, Section 254 (3.1) of the Criminal Code of Canada gives a police drug recognition expert (DRE) powers when a driver is suspected of being impaired by drugs or a combination of drugs and alcohol. For example a DRE is authorized to conduct an evaluation of whether a “person’s ability to operate a motor vehicle, a vessel, an aircraft or railway equipment is impaired by a drug or by a combination of alcohol and a drug.”

In a ruling released Feb. 23, 2017, the majority of Supreme Court of Canada judges found that section s. 254(3.1) of the Criminal Code does not displace the common law rules of evidence and that opinion evidence from a DRE is not automatically admissible. The court made that ruling in an appeal from Carson Bingley, who had been acquitted  twice by Ontario courts of operating a motor vehicle while drug-impaired but who now faces a third trial.

An Ottawa police drug recognition expert had conducted tests after Bingley’s blood alcohol level was found to be within legal limits but Bingley had failed field sobriety tests. A urinalysis “revealed the presence of cannabis, cocaine and Alprazolam,” court records indicate.

The crown had appealed Bingley’s first acquittal. In Bingley’s second trial, opinion evidence from a police drug recognition expert was put to a Mohan voir dire and the judge ruled the DRE evidence was inadmissible. In upholding a ruling in favour of the crown, by the Summary Conviction Appeal Court, the Supreme Court of Canada found that a voir dire was not necessary.

Mohan voir dire is a procedure named after a 1994 Supreme Court of Canada ruling that restored the sexual assault conviction of Chikmaglur Mohan. In Mohan, the Supreme Court of Canada ruled that the admission of expert opinion testimony depends on the application of four criteria: relevance, necessity in assisting the trier of fact, the absence of any exclusionary rule and a “properly qualified expert.”