A “lessee” under Ontario’s Insurance Act is the person whom the rental company would sue to enforce the rental contract, a court reaffirmed Monday. 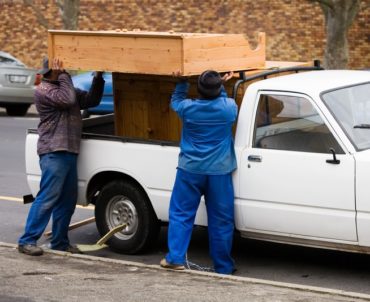 In Aviva v. Wawanesa, the Ontario Superior Court decided a recent priority dispute between insurers. The court ultimately sided with a straightforward definition of a lessee, ruling that it does not matter who paid for the rental, nor does it matter whether the purpose of the rental was for work.

Maroof Mahamood, a college student who immigrated to Canada in 2000, was asked by his employer, Fine Furnishings, to do some furniture deliveries in October 2010. Mahamood rented a truck from New Horizons Car Truck Rentals/Discount Rent-a-Car in Hamilton, Ont.

Mahamood testified in court that did not understand the terms of the employment contract he signed with his employer, Fine Furnishings, which stipulated that he carry his own auto insurance. Also, he did not own a credit card.

Mahamood rented a 2010 Ford CTV truck, signing a rental agreement between himself and New Horizons. He did not provide any credit card for this booking. New Horizons had within their computer system an account assigned to Fine Furnishings. The Visa card associated with the account belonged to the owner of Fine Furnishings. Court records included computer screen printouts of New Horizon’s system concerning Mahamood’s rental; in those printouts, Fine Furnishings is listed as the referral agency.

While doing deliveries for Fine Furnishings, Mahamood rear-ended Hy Kiet Liu, who made a $3-million claim for injuries that he says he sustained from the collision. Liu’s claim remains outstanding.

Since Mahamood was uninsured, a priority dispute developed between Aviva, the insurance company for the rental agency New Horizons, and Wawanesa Mutual Insurance Company, the insurer for Fine Furnishings.

“I see no unfairness in a straightforward interpretation of [s. 277 of the Insurance Act, defining a “lessee”],” Perell wrote for the court at the time. “And I see no reason to give s. 277 a reading that would introduce the concept of ‘de facto lessee’ and encourage factual and legal disputes between insurers about how employment law, agency law, corporate law, partnership law and the law of contract might apply to cast doubt on who is a lessee under s. 277 of the Insurance Act.

“Who is the lessee can be tested and determined by asking the following question: Who can the lessor…sue to enforce the car rental contract?”

Reaching the same conclusion in Aviva v. Wawanesa, Ontario Superior Court Justice Shaun Nakatsuru rejected Aviva’s contention that the “lessee” was the furniture company that paid for the rental and not the independent contractor who signed the rental agreement.

Aviva argued the owner of the credit card was effectively the “lessee” of the vehicle, meaning that Wawanesa, which insured the furniture company that paid for the vehicle, should be on the hook to pay for the auto insurance claim. But the court disagreed.

Since the driver was uninsured, and since the furniture company was not responsible for renting the vehicle, Aviva (representing the the car rental agency) became the priority insurer as a result of the court decision.