Insurance Corporation of British Columbia’s monopoly should end, Insurance Bureau of Canada said this week, but the province’s attorney general contends that competition will not result in lower premiums for B.C. vehicle owners.

Opening up auto insurance to competition “does not guarantee lower insurance rates, as Ontario shows,” Attorney General David Eby stated Wednesday in an email to Canadian Underwriter. “While there are significant financial and operational challenges to be addressed, we believe that public automobile insurance offers British Columbians excellent protection and access.” 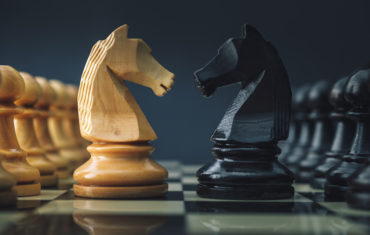 The average auto premium in B.C. is $1,680 per year, compared to about $1,437 in Ontario and $1209 in Alberta, said Aaron Sutherland, IBC’s vice president, Pacific, in an interview Tuesday.

ICBC announced this week that is lost $935 million during the first nine months of the year. The insurer had net losses of $257 million in 2015 and $280 million in 2016, Ernst and Young noted in a B.C. government-commissioned report released this past July

“ICBC is on the fast track towards insolvency with rapidly rising premiums,” Sutherland said Tuesday.

ICBC has a monopoly on mandatory auto insurance in B.C. With its Basic Autoplan product, ICBC writes third party liability, under-insured motorist protection and accident benefits, among other coverages. Private for-profit insurers can write optional additional auto coverage (such as collision and upset) in B.C.

IBC released this week a report – The Benefits of Competition in the Provision of Automobile Insurance in BC – that IBC commissioned to MNP LLP. In it, MNP estimated how premiums could change for different groups of drivers. MNP gathered quotes from Alberta and Ontario for 33 driver profiles and for 13 driver profiles in B.C.

MNP referred to what EY called “required premiums” in EY’s report – Affordable and Effective Auto Insurance – a New Road Forward for British Columbia – released in July, 2017. In essence, EY calculated how much ICBC would have to charge in order to be financially viable.

In the report released Monday by IBC, MNP listed EY’s “required premiums,” by age group and compared them to what MNP estimates private-sector insurers would charge for the same age groups. About 60% of ICBC policyholders are 45 or older and these people would pay less if the market were opened to competition and insurers based rates on age, which ICBC does not do. MNP estimated the 40% of drivers younger than 45 would pay higher rates if competition were opened up.

“Some considerations should be given to change B.C.’s rating system to one that focuses premiums more closely with risk, so that high risk drivers pay premiums that better reflect the risk that they bring and low risk drivers would then pay a reduced premium,” Sutherland said.

IBC is not going so far as to advocate age-based ratings.

If private insurers were allowed to compete with IBCB, it would be up to the B.C. regulator to decide whether they could use age as a rating factor, Sutherland said.

MNP “simply pointed out” that other provinces do use rating factors not used in B.C., he added.