LexisNexis Risk Solutions has advanced its proprietary technology for insurance telematics programs in the U.S. to ensure the policyholder and driver are the same, contributing to a true picture of driver behaviour and improving consumer experience. 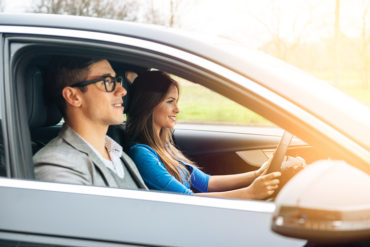 “Up until now, U.S. insurers offering usage-based insurance (UBI) policies needed to trust that the policyholder was the person driving the car and not a partner, friend, young driver or parent,” notes a statement Monday from Atlanta-based LexisNexis Risk Solutions, which provides information to help predict, assess and manage risk.

LexisNexis Risk Solutions reports it has evolved its machine learning in Driver Signature analytics – which draws from billions of miles of driving behaviour data accumulated since the company created its telematics platform in 2009.

Related: More than half of surveyed drivers in the U.S. have made changes in driving behaviours since installing a telematics device: study

This evolution allows for increased accuracy when identifying the driver for a given trip based on driving style, the company statement maintains.

“After collecting a certain number of trips meeting the minimum driving distance, an individual driving pattern can be established,” explains NexisLexis Risk Solutions.

“The model requires nominal future interaction with the policyholder to designate that s/he was at the wheel, rather than in the passenger seat of a vehicle, in a taxi or on a bus,” the statement notes.

Related: Insurance telematics policies in force in North America expected to grow from 6.3 million in Q4 2015 to 42.1 million in 2020: report

“Driver Signature uses machine learning and advanced analytics to identify when a policyholder is driving, which enables insurance carriers to offer telematics programs without the need for an additional aftermarket device to be installed in the vehicle,” the company states.

It argues the service can reduce fraud risks from policyholders who are not, in fact, driving, and offers insurers a new level of confidence in the use of smartphone apps.

Insurers can choose customized parameters, including the minimum number of trips and minimum distance of trips, and the classification threshold, it adds.

“There is limited customer interaction needed during this process, which makes it a critical enabler of continued consumer adoption of UBI,” the company contends.

“Identifying a driver entirely through his/her driving behaviour data with minimal reliance on confirmation from the customer is key to a better customer experience,” argues David Lukens, director of telematics for LexisNexis Risk Solutions.

The analytics “continues to learn over time to become more accurate as it analyzes the driver’s behaviour,” Lukens says.

Once a set of driving pattern attributes are developed, the company notes that an analytics model is applied to classify the trips as either a driver trip or a passenger trip. “The model is then used as the basis for scoring all future journeys,” it adds.