While some insurance carriers continue to favour traditional claims processes, the demand for faster cycle times, reduced expenses and improved customer satisfaction is driving increased automation and an eventual migration from virtual to “touchless claims,” according to a new report from LexisNexis Risk Solutions. 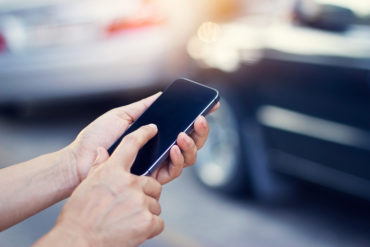 The Future of Claims 2017 – The “Touchless” Claim study, released on Wednesday, included in-depth interviews with 24 senior-level auto insurance executives about the integration of automation into their claims processing workflow and found that 79% of these executives “recognized the importance of increasing auto claims automation as a critical or top priority,” LexisNexis Risk Solutions said in a press release.

While the majority of respondents reported adopting ‘fast track’ workflows that leverage outside damage assessments to expedite cycle times, carriers still rely heavily on traditional claims processes that require manual inspections, multiple touches and in-field adjusters, LexisNexis Risk Solutions noted in the release. However, the need for increased claims efficiency, including faster cycle times, and lowered loss adjustment expenses, coupled with the continued evolution of technology, has motivated some carriers to begin implementing virtual handling of claims. By utilizing technology-based inspections to enable remote assessments and processing, virtual handling has already proven successful, the release said, noting that 38% of respondents are currently using virtual handling, and 67% of those carriers are open to the adoption of end-to-end technology-based processing or touchless handling.

The report defines a touchless claim as “a claims handling process that requires no insurance carrier employee intervention at all.”

Respondents also expect self-service options to increase over the next five years, “driven initially by tech-savvy Millennials, but eventually adopted by others,” the release said. However, despite the proven benefits of a more automated claims process, many of the senior-level insurance executives interviewed indicated reservations about further automating non-complex claims due to concerns over increased fraud, decreased customer interaction and claims inaccuracy. In addition, there are cultural barriers and technology restraints that currently hinder widespread virtual handling adoption.

“As technology, coupled with data and analytics, has powered the claims evolution from traditional to fast track, and most recently to virtual handling, we wanted to look ahead to better understand the future of claims handling,” said Bill Brower, vice president of claims with LexisNexis Risk Solutions, in the release. “Due to adoption barriers, we recognize this is not something that is going to happen overnight, however, we feel that current technology, coupled with data and analytics, positions the industry to adopt touchless handling as the future of non-complex auto claims. There are already tangible benefits from automation that we are seeing today as virtual handling has reduced cycle times by 80 per cent while significantly reducing touches.”

According to the respondents, virtual handling is not only chosen to increase efficiencies and decrease cost, but also to enhance the customer experience. As tech-savvy Millennials continue to gravitate towards self-service options, it is expected that over the next several years mobile claims reporting will expand, and self-service claims options will continue to increase, the release said. “Carriers also predict that self-service for claims adjudication will be led by larger, standard carriers who have the resources to invest in technology and who will benefit to a greater degree from process efficiencies because of their large claims volume. Claims experts from LexisNexis also see benefits for smaller, regional carriers who focus efforts on improving the personalized customer experience,” the release suggested.

All senior-level insurance executives interviewed also foresee telematics playing an increased role in claims investigations within the next several years, as telematics automatically provides information that can further simplify and accelerate claims processing. According to the study, insurance carriers that have instituted virtual handling have overcome barriers relating to a mix of business culture and technology constraints.

“Regardless of where carriers are positioned on the continuum of automated claims processing, the trend towards virtual – and eventually touchless – claims is inevitable, but should be approached with the customer experience in mind,” the release concluded. “The industry is moving toward more automated claims handling processes driven by technology-enabled solutions that yield benefits for both carriers and customers.”