Liberty Mutual Insurance completes acquisition of Ironshore from Fosun International for US$2.94 billion

Liberty Mutual Insurance has announced that it has completed its acquisition of 100% ownership in Ironshore Inc. from Fosun International Limited. 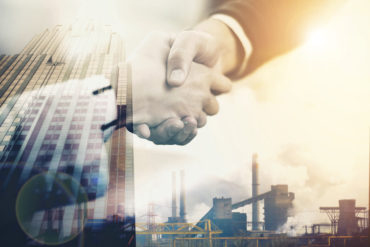 Global insurer Liberty Mutual made the announcement earlier this week that it had acquired Ironshore Inc., a global specialty lines company, from Fosun International, following receipt of regulatory approvals and satisfaction of customary closing conditions.

Liberty’s purchase price equates to US$2.935 billion and is subject to post-closing adjustments, the insurer said in a press release on Monday.

Liberty initially announced a definitive agreement to acquire Ironshore on Dec. 5, 2016. At the time, Liberty said that once the transaction is closed, Ironshore will continue to operate with the same management team and brand, but as part of the larger Liberty organization, which has a focus on growing its specialty lines operations. Current Ironshore CEO Kevin H. Kelley will continue to lead all Ironshore operations and report directly to David H. Long, Liberty Mutual Insurance chairman and CEO.

Liberty is headquartered in Boston, Mass., with operations in 30 countries and economies around the world. It said in the release that it is the fourth largest P&C insurer in the United States based on 2016 direct written premium data as reported by the National Association of Insurance Commissioners. As of Dec. 31, 2016, it had US$38.3 billion in annual consolidated revenue. The insurer offers personal and commercial auto, homeowners, accident & health, general liability, property, surety, workers compensation, group disability, group life, specialty lines, reinsurance, individual life and annuity products.

Fosun International was founded in 1992 in Shanghai and listed on the main board of the Hong Kong Stock Exchange on July 16, 2007, the company said on its website. Fosun’s businesses include two major segments: integrated finance (wealth), which includes insurance, investment, wealth management and Internet finance; and industrial operations, (including health, steel, property development and sales and resources).