Legislation on autonomous vehicles needs to be ironed out well in advance of these vehicles becoming mainstream to prevent insurance payout disputes before an injured party receives compensation, an insurance lawyer said recently.

Jonathan Grnak, an insurance lawyer with Danson Recht LLP in Toronto, noted in the current auto insurance regime, an insurer will not pay out money from a tort perspective until they determine how much fault they are liable for. 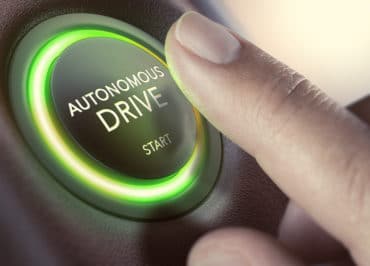 “[If you] move that 20 years or 15 years in the future when you have an autonomous vehicle that is driving in automatic mode and you don’t have any type of regulations to protect the injured party, you’re going to have insurance companies fighting to determine who’s at fault,” Grnak said. “You are going to have fights between manufacturers and insurance companies that insure those manufacturers.”

The insurer could represent the individual that’s driving or operating the car, the vehicle manufacturer, or the vehicle owner. “Meanwhile, as these entities are fighting, the injured party is not getting any money,” Grnak said. “Look at that in the current regime of insurance. You have insurance companies trying to limit their exposure to paying out damages.”

Grnak spoke to Canadian Underwriter Friday, shortly after a Tesla Model S car crashed into a fire truck in San Jose, Calif. in late August, injuring two. The driver reportedly blamed the vehicle, saying the “thought the Model S was on autopilot,” but he was arrested on suspicion of drunk driving. This is the third accident this year involving a Tesla vehicle on autopilot striking a fire truck.

Grnak said the “status quo” in jurisdictions such as Ontario is that the driver or operator of the vehicle is responsible for anything the car does, whether or not it is in autonomous mode. Ontario’s Highway Traffic Act “speaks nothing of whether the car is operating itself” unless the province changes that regulation, which Grnak doesn’t foresee happening in the “next few years at least. I believe the law does have to change prior to the technology advancing to a stage where vehicles are actually doing things other than accelerating and braking on their own, which is what vehicles are doing right now.”

One of the main issues going forward will be to determine if the vehicle is in automatic or manual mode. For example, the investigation could look at whether the cameras were working properly, if computer updates were implemented or if the driver was doing something wrong.

“After the fact, if the insurer determines it was actually the radar that caused this accident, the insurance company can go after the manufacturer of the radar. Then you’re dealing with product liability,” Grnak said. “All the while, the injured party has already been paid out, so that’s not an issue anymore.”

Grnak suggested Ontario and other provinces adopt the approach the United Kingdom is taking. In the UK, there is a bill in the reading stages that, if passed, would implement changes to the equivalent of the Highway Traffic Act to ensure autonomous vehicles are named in the act to apportion liability. The bill indicates when a vehicle is in autonomous mode and if it is insured. If the vehicle is insured, the insurance company is liable for the damage the car causes.