Lloyd’s, the world’s specialist market for insurance and reinsurance, has reported a pre-tax profit of 2.1 billion pounds for 2016, the same as in 2015. 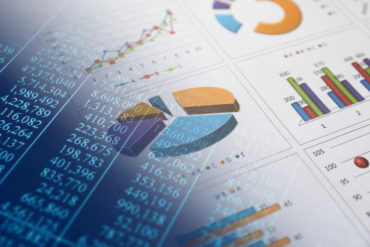 The level of Lloyd’s major claims last year (2.1 billion pounds compared to 0.7 billion pounds in 2015) was the fifth highest this century and above the long-term average, primarily due to the Fort McMurray wildfire in Alberta and Hurricane Matthew, Lloyd’s reported in a statement released on Thursday.

“Conditions over the course of the year were extremely challenging, with continued downwards pressure on pricing whilst traditional and alternative capital remained attracted to the insurance industry,” Lloyd’s said in the statement.

The lower underwriting result in 2016 was offset by significantly improved investment returns, driven by a downward yield shift in the bond markets and foreign exchange gains, principally caused by sterling depreciation, the specialist insurance market reported. In addition, syndicates writing motor reinsurance and direct motor and United Kingdom liability business have been impacted by the recent announcement to change the discount rate to negative 0.75% applying to lump sum liability claims.

“Lloyd’s has continued to enjoy progress across its major global markets: securing its position as the leading provider in excess and surplus lines in the United States; transferring over half its managing agents to the Shanghai and Beijing platforms; and being granted final approval to open an onshore office for reinsurance in Mumbai,” the statement added.

It was also confirmed that following Brexit, the United Kingdom’s decision to leave the European Union, a subsidiary office will be opened in Brussels with the intention that it will be operational for the January 1st renewal season in 2019.

The financial results underlined the need for the corporation – the body that oversees the market – to deliver “real value for money [and] to focus on underwriting oversight and reduce its cost base,” Lloyd’s chief executive Inga Beale said in the statement.

“This has been a year of challenge for the insurance sector with premiums once more under continued downward pressure,” Beale said. “It is vital that the corporation does everything it can to support the market and make the platform attractive, whilst demonstrating value for money. Our collective focus must be on providing customers with the products they want, embracing innovation and modernization. The market has shown how well it reacts to the demands of its customers in a rapidly changing risk environment with the considerable increase in cyber coverage throughout 2016 a perfect case in point. It is critical throughout 2017 we continue to demonstrate that Lloyd’s is the home for creativity and expertise.”

Lloyd’s chairman John Nelson added that the results confirm that there must be an “unrelenting focus on underwriting discipline through 2017. The challenge for all of us is to reduce the cost of conducting business because within the market this is impacting on already thin underwriting margins.”

More News
Related
Lloyd’s reports 1.46 billion pound profit for first half of 2016, combined ratio up 8.5 points to 98%
Swiss Re reports 2016 net income of US$3.6 billion, P&C Re net income of US$2.1 billion
Largest single loss for Hannover Re in 2016 was the Fort McMurray wildfire, with net cost of 127.9 million euros
P&C reinsurance gross written premiums for half-year up 17.3% to 5.4 billion euros for Hannover Re