How SSL Endeavour is streamlining access to the Lloyd’s market

SSL Endeavour in Canada is streamlining access to the Lloyd’s market by rolling out its Advantage claims management platform, allowing Canadian coverholders and TPAs to input claims data directly into London’s central systems. 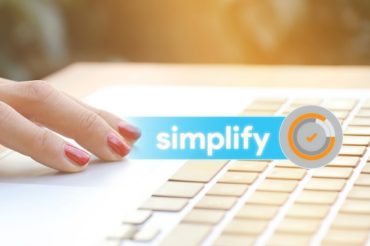 Streamlining the claims process is a priority for SSL Endeavour, which provides access in Canada to the Lloyd’s market. Lloyd’s ranks fourth in Canada in market share (7.27% of total P&C insurance business), with almost $3.5 billion in net premiums written in 2017.

In the past, there have been occasional claims-handling hiccups when accessing the London market, acknowledges Sarah Newman, support services director of Endeavour Insurance Services (now known as SSL Endeavour) She told Canadian Underwriter this is partly because the London market delegates claims-handling authority to coverholders and TPAs in Canada, creating the potential for duplicate entry of claims data.

The Advantage platform is designed to streamline and simplify the claims-handling process for Canadian coverholders and TPAs. It also addresses a question put to the London market by the insurance regulator in the United Kingdom, the Financial Conduct Authority (FCA). “The FCA was basically saying, ‘Well, if you give them that authority, how do you know that you are treating your customers fairly?’” said Newman.

The Advantage claims management platform is designed to be fully transparent. It has a single point of entry for inputting and reviewing claims information. The system collects all claims information, from first notice of loss through to completion of a file, and includes a repository so attachments can be sent.

“Traditionally, when sent to London, the claims information would be sent via email,” Newman explained. “Now, instead of the client sending an email, there is a messaging service within the platform that allows the client, coverholder or TPA to put in any detail they wish.”

They can also allocate a time for the broker in London to respond, Newman added. “So, the client is basically dictating the timeframe.”

Certificates of insurance, the adjuster’s report, and photos can all be uploaded into the system. The Advantage system validates at point of entry, verifying whether they have been notified under the correct policy, and to the correct binder. If not, an error message is generated immediately.

Before Advantage, “sometimes we’ve had situations where the wrong certificate had been sent or the wrong binder,” Newman observes. “That takes up time, because when you see the information and review that, when you realize it’s wrong, you have to go back to the client and ask them to send the correct information, and then you have to wait for the client to respond.”

Hosted in the cloud, the platform also allows parties to the claim to send messages to one another, setting their own access privileges so only the person who requires the information can see it. This would allow a lawyer to send a privileged message to a client, for example, without others having access to the message.

By leveraging the functionality of Lineage, an online tool for reporting and settling Canadian binding authority business, the platform can pre-populate claims reports. In the past, “when the FCA wanted a statement of how underwriters reacted to a claims statement, for example, there used to be a lot of form-filling,” Newman said. “Now, it automatically populates some of the forms that [regulators] require. It also produces some of the information built into the platform to produce the claims bordereaux.”

SSL Endeavour is currently looking at supporting Vitesse, which would allow for quicker global payouts.