Kalispell, Montana-based Torrent Technologies Inc. said May 12 it is providing three separate primary flood policy options written by Dual Commercial LLC, a coverholder in the Lloyd’s market. Those policy options “mirror” coverage features from NFIP, which is administered by the United States Federal Emergency Management Agency and is intended to enable residential and commercial owners and tenants to get flood coverage. In some cases, NFIP premiums are subsidized. 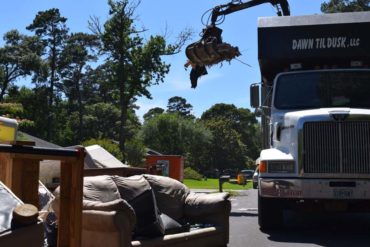 Torrent, which is owned by Marsh & McLennan Companies Inc., is a service provider to “write your own” insurers participating in NFIP.

In September, 2015, Torrent announced an excess flood product, also written by Dual Commercial, providing “up to $15 million in insurance protection above NFIP limits for residential and commercial property owners and up to $20 million in coverage for condominium owners.”

WYO programs account for about 82% of NFIP policies in force, Marsh & McLennan said in a paper, Reforming the National Flood Insurance Program, released Dec. 9, 2015. Under the write-your-own program, insurers may market, sell, and service NFIP policies “under their own name in exchange for an administrative allowance from the NFIP,” Marsh & McLennan said at the time.

In a May 12, release, Marsh said the Torrent flood policy options written by Dual Commercial have limits of up to $2 million for residential and small commercial property owners.

“Limits are written on a per risk basis and can cover damage to buildings and contents,” Marsh added. “Other options include coverage for condominiums, additional living expenses, increased cost of compliance (ICC), loss avoidance, and golf carts.”

Marsh has created a Flood Center of Excellence with Torrent and Marsh experts, Marsh & McLennan said in an earlier filing with the U.S. Securities and Exchange Commission.

Related — ‘No single correct answer’ on how to provide overland flood coverage but government must be involved: IBC

In order to qualify for flood insurance under NFIP, a property must be in a community that has joined the NFIP and agrees to enforce sound floodplain management standards.

On April 28, the Flood Insurance Market Parity and Modernization Act was passed by the U.S. House of Representatives and is currently before the Senate Committee on Banking, Housing, and Urban Affairs. If it passes both house of Congress and is signed into law by the President, it would “allow private insurers to come into the flood insurance market,” said Republican Congressman Dennis Ross, who represents the 15th District of Florida in the House of Representatives.

“Specifically, this legislation would require federal agencies to accept private flood insurance that complies with the laws and regulations of the state of an insured property,” Ross recently told the House of Representatives “Under current law, consumers are limited to the coverage options provided by the NFIP. For example, an NFIP policy only covers up to $250,000 in damages related to a residential home. Also, NFIP policies do not cover homeowners’ living expenses, such as temporary housing, if they are displaced by a flood. In the case of a business, an NFIP policy does not provide coverage for the financial losses suffered by businesses as result of a flood.

Ross added that a private insurer is “in a better position to provide stronger incentives for property owners to invest in mitigation and resiliency.”