Loader truck operator who tested positive for cocaine not fired due to addiction: Supreme Court of Canada

A coal mining company that fired an employee who tested positive for cocaine after an accident did not violate the Alberta Human Rights Act, the Supreme Court of Canada ruled in a divided decision released Thursday. 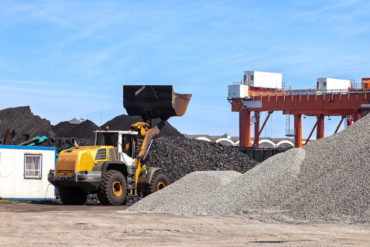 Court records indicate that Ian Stewart, then an employee of Elk Valley Coal Corporation, was operating a loader truck Oct. 18, 2005, when it struck another truck.

At the time, Elk Valley had a “no free accident” provision in its alcohol and drug policy. This policy stipulated that “employees ‘with a dependency or addiction’ could, before the occurrence of a work-related accident, seek rehabilitation without fear of discipline of involuntary termination,” wrote Justice Peter Michalyshyn of the Alberta Court of Queen’s Bench in a decision released Dec. 23, 2015.

“On the other hand, the Policy also stated that discipline or termination could not be avoided for treatment for ‘abuse, dependency or addiction’ sought only after an accident,” Justice Michalyshyn added.

Justice Michalyshyn upheld a 2012 ruling by the Alberta Human Rights Tribunal that Stewart “was terminated not for addiction but due to breaching the policy.”

The Supreme Court of Canada noted, in its ruling released June 15, 2017, that addiction is a recognized disability under Alberta’s Human Rights, Citizenship and Multiculturalism Act.

A workplace drug and alcohol policy with a a “no free accident” provision “is a reasonable tool for Canadian employers to prevent serious incident impacted by impairment in safety sensitive workplaces” suggested three lawyers with Fasken Martineau DuMoulin LLP, which represented three associations with intervener status in Stewart v. Elk Valley.

“Employers have limited tools available to prevent drug and alcohol abuse in safety sensitive environments,” given the Supreme Court of Canada’s ruling, released in 2013, against Irving Pulp & Paper Ltd., wrote Norm Keith, Yael Wexler and Marc Rodrigue. They made those comments in a factum on behalf of the Ontario General Contractors Association, the Ontario Formwork Association and the Greater Toronto Sewer and Watermain Construction Association.

In 2006, Irving implemented random alcohol testing for employees at a Saint John, New Brunswick paper mill. A provincial arbitration board allowed a grievance from Local 30 of the Communications, Energy and Paperworkers Union. CEP, now part of Unifor, had complained that random alcohol testing violated unionized employees’ privacy. The arbitrator’s decision was initially overturned on judicial review but restored by the Supreme Court of Canada. The majority of Supreme Court judges hearing the appeal in Irving ruled that the employer “had not demonstrated the requisite problems with dangerousness or increased safety concerns such as workplace alcohol use that would justify universal random testing.”

The Alliance of Manufacturers & Exporters of Canada had intervener in the Irving case. Its lawyer was also Fasken Martineau’s Keith, who told Canadian Underwriter earlier that Irving “just wanted 10% of workers in safety positions to blow into a straw once a year” but that policy “was seen as an affront to privacy and dignity rights of the unionized workers.”

In 2005, when Stewart was terminated by Elk Valley, court records indicate he received a letter stating it is “fundamental to safety at the minesite that employees comply with the Drug and Alcohol Policy and disclose their dependency on drugs or alcohol before breaching the Policy and placing their lives and the lives of their co-workers at risk.”

The Alberta Human Rights Tribunal “stated that the adverse effect of the employer’s treatment of the employee must be causally linked to the disability in order to find prima facie discrimination,” wrote Justice Michalyshyn of the province’s Court of Queen’s Bench.

“In this case no causal connection existed,” he added. “Instead, the termination was linked to Stewart’s failure to disclose his drug use, and to his failure to stop using drugs. Further, the Tribunal found that the termination did not perpetuate historical stereotypes or disadvantages against employees with addictions.”

The majority of Supreme Court of Canada judges hearing the appeal ruled that the Human Rights Tribunal’s decision was reasonable.

“In some cases, a person with an addiction may be fully capable of complying with workplace rules,” wrote Chief Justice of Canada Beverly McLachlin. “In others, the addiction may effectively deprive a person of the capacity to comply, and the breach of the rule will be inextricably connected with the addiction. Many cases may exist somewhere between these two extremes. Whether a protected characteristic is a factor in the adverse impact will depend on the facts and must be assessed on a case-by-case basis. The connection between an addiction and adverse treatment cannot be assumed and must be based on evidence.”

1 Comment » for Loader truck operator who tested positive for cocaine not fired due to addiction: Supreme Court of Canada