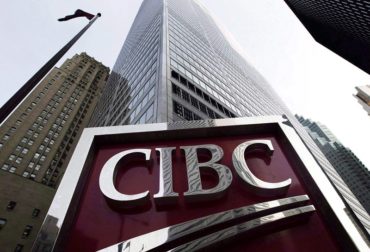 A CIBC sign in Toronto’s financial district in downtown Toronto is shown on Thursday, Feb. 26, 2009. The Canadian Imperial Bank of Commerce is taking over President’s Choice Financial bank accounts with a new online brand as it responds to the continuing trend towards digital banking.THE CANADIAN PRESS/Nathan Denette

President’s Choice Bank, a Loblaw unit, announced Wednesday it has ended its 20-year relationship with the Canadian Imperial Bank of Commerce.

“Everyday banking products, including savings, chequing and mortgage accounts, previously offered under the President’s Choice Financial brand will continue to be provided by CIBC, under new branding, beginning November 1, 2017,” PC Financial said in a press release.

There will be no changes to products or to the insurance companies with whom PC Financial places home and auto insurance, the PC Financial spokesperson said.

Brampton, Ont.-based Loblaw – which acquired Shoppers Drug Mart Corp. in 2014 – is publicly traded. As of March 4, 47% of Loblaw shares were owned by George Weston Limited, which in turn is controlled by W. Galen Weston, father of Loblaw CEO Galen G. Weston, Loblaw stated April 3 in a securities filing. Among others, Loblaw’s supermarket brands include Zehrs, Provigo, Valu-mart, Fortinos, No Frills and Real Canadian Superstore.

PC Financial “will continue its focus on payment and loyalty,” including its Mastercard credit card and its PC Plus loyalty program, PC Financial said Wednesday.

Like CIBC, the Bank of Nova Scotia also offers home and auto insurance written by a subsidiary of Desjardins.

Through a subsidiary, National Bank of Canada provides home and auto insurance written by InnovAssur assurances, which is owned by Intact Financial Corp. InnovAssur was orginally created out of an alliance between National Bank and AXA, whose Canadian operations were acquired by Intact in 2011. In its annual report for 2016, released this past April, Intact said it acquired all of the outstanding shares of InnovAssur assurances.

The Bank of Montreal does not provide either home or auto insurance.