EDMONTON – Premier Rachel Notley’s government used its majority in the legislature Tuesday to pass legislation that includes a carbon tax and completes the first stage of Alberta’s landmark strategy to combat climate change. 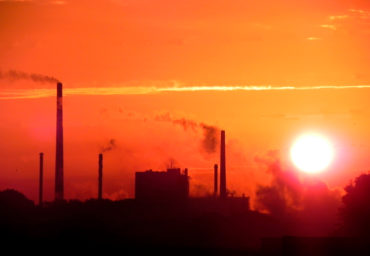 The legislation gives legal teeth to the multibillion-dollar tax that is to take effect Jan. 1 and will raise the price of heating bills and gasoline as an incentive to go green.

It also lowers the small-business tax rate to two per cent from three and establishes an agency to fund energy savings programs.

After the results were announced, Notley shook hands with government house leader Brian Mason and exchanged a thumbs-up with Environment Minister Shannon Phillips.

“Action by this government with respect to climate change is one that is long, long, long overdue in this province.”

All opposition members – the Wildrose party, the Progressive Conservatives, David Swann of the Liberals and Greg Clark of the Alberta Party – voted against it.

It was, at times, a bitter fight in the house.

Politicians stayed up until almost dawn Tuesday debating amendments. Opposition members said they agreed with the concept of taking action on climate change, but said tighter controls were needed on raising, reporting and spending the money.

The levy is expected to bring in $3 billion in 2017-18. The government has promised the proceeds will be used entirely for initiatives to help Alberta become more environmentally friendly – from small home-based changes to multibillion-dollar public transportation projects.

Notley’s NDP government used its majority to reject all proposed changes except for one. It accepted a Progressive Conservative amendment to issue receipts if items are confiscated during searches to ensure compliance with the act.

Notley said the bill did not need amendments, because it was well crafted beforehand, particularly regarding accountability rules.

“The legislation itself includes a provision that ensures the money is redirected to very specific programs around promoting the objectives of the climate change leadership plan.”

The carbon levy is one element of a climate-change strategy to reduce Alberta’s carbon footprint and give it more credibility when it makes pitches to other jurisdictions for greater resource infrastructure such as pipelines.

The government is also working to cap oilsands emissions, reduce methane emissions and phase out coal-fired electricity by 2030.

The carbon levy is to take effect Jan. 1. Gasoline at the pumps will rise by 4.49 cents a litre and diesel will go up 5.35 cents a litre.

The government estimates higher heating and gasoline fees will cost the average family an extra $443 next year.

Opposition members say the government is lowballing that figure.

“This is going to pull at least a thousand dollars from every household in Alberta,” said Wildrose Opposition Leader Brian Jean.

The government estimates that two-thirds of Albertans – those in middle- and low-income brackets – will receive partial or full rebates.

It says that ensures lower-income Albertans won’t be penalized by the tax, but will have an incentive to go green because they get to keep the rebate money regardless. Opponents have derided that as a thinly veiled wealth transfer.

Anyone earning more than $51,250 a year will not be eligible for a rebate.

The bill’s passage marked the end of the spring sitting.