Look for ICBC to ‘behave more like a private sector company’: IBC

With its cap on minor injury awards announced Tuesday, British Columbia’s government monopoly auto insurer is moving towards a model used by other provinces that have private auto insurance systems, Insurance Bureau of Canada says. 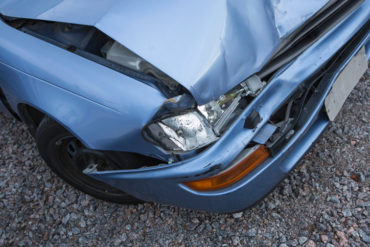 Awards for pain and suffering for minor injuries in auto bodily injury lawsuits will be capped at $5,500 starting on Apr. 1, 2019, the province announced Tuesday.

A dramatic increase in awards for pain and suffering over the past six years drove B.C. Attorney General David Eby to impose a cap. An average bodily injury claim for a minor injury in 2000 paid out $8,220, compared to an average claim of just over $30,000 in 2016, Ernst & Young said in a report released in July, 2017.

A cap on minor injury claims “has been used in other provinces to control costs,” IBC vice president, Pacific Aaron Sutherland said Thursday in an interview.

“ICBC’s financial challenges have in many ways been a long time coming,” Sutherland said. “They have all come to a head very recently. It does call into question whether or not we should have a government run monopoly providing auto insurance in this province going forward.”

Sutherland added the B.C. government is trying “to make ICBC behave more and more like a private sector company, and that’s good. But I would say the easiest way we can do that is open it to competition and allow that competitive impulse to bring the most benefit to drivers.”

Canada’s largest private auto insurer, Intact Insurance, is also calling for competition in B.C.’s basic mandatory auto product. “There is no doubt in my mind that competition would put far more options on the table for B.C. consumers,” Intact Financial Corporation CEO Charles Brindamour said Wednesday during a conference call with financial analysts. “If you have five, 10, 15 companies – or even 20 companies – like it is in private markets, the odds of finding a better deal if you are a consumer is very high.”

In addition to the cap on minor injury pain and suffering awards to take effect next year, ICBC also announced Tuesday that accident benefits limits for medical and recovery costs will double from $150,000 to $300,000. This is the first increase since 1991, Sutherland noted.

“That has limited the ability of injured parties to access the care that they need, so those certainly needed to be adjusted,” Sutherland added.