The loss of confidential information can be crucial to understanding the interactions between cyber and crime coverage, attendees to the NetDiligence Cyber Risk Summit heard on Friday. 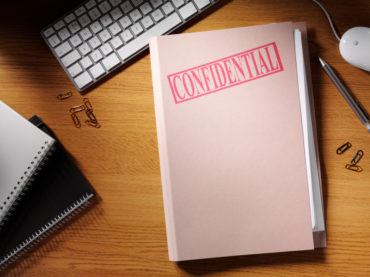 Davies was one speaker at a session titled Coverage I: Current Underwriting Issues: Gaps & Intersections, held at the Ritz-Carlton in downtown Toronto.

“A cyber policy is specially designed to address the theft of that information, provided it’s someone else’s information, it doesn’t cover you for loss of your own client list or that rogue employee taking your recipe for the secret sauce or the widget that you just invented,” he said. “But if you had a third party’s information about the design of the widget and you lost that, a cyber policy would respond.”

The crime policy is about employee fraud largely, he went on to say, that is for the most part meant to protect the business from an employee who embezzles or takes property or money. “The whole idea of the confidential information exclusion as being in these policies for decades, [is] because insurers didn’t want to have to try to quantify what is the value of the client list that was taken by the rogue employee,” Davies suggested.

In summary, crime polices are “long in the tooth, very traditional, have a lot of jurisprudence behind what the words mean in a crime policy,” he said. “Cyber policies being the new kid on the block, we’re waiting to see what those words mean.”

Another speaker, Francine Armel, senior vice president and chief underwriting officer with Creechurch International Underwriters, agreed that “cyber is a newer product. The pricing for it is not based on historical actuarial data because that doesn’t exist yet.”

Armel noted that there is also a direct component in crime policies. “It’s got to be a direct loss. And there’s potential issues if you are trying to claim a cyber loss under a crime policy,” she said.