Losses from Desmond floods in U.K. estimated at £604 million: PERILS

The fourth and final insured property market loss estimate flowing from U.K. flooding in the wake of storm Desmond in late 2015 is £604 million, reports PERILS AG. 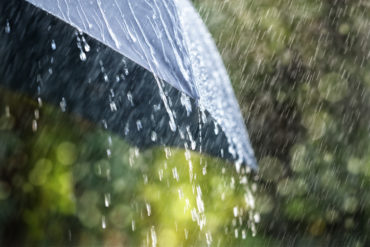 Desmond and other low-pressure systems caused effects over a three-week period from Dec. 4 to 24 in 2015, notes a statement Friday from PERILS, the independent Zurich- based organization providing industry-wide catastrophe insurance data.

In that initial estimate, PERILS noted windstorm losses from the event are estimated at £42 million (Desmond’s losses from windstorm do not qualify for further reporting).

“Storm Desmond was the most prominent of a series of depression systems, which affected the U.K. in November and the first half of December 2015,” PERILS reported earlier, bringing record-breaking rainfall mainly to the Northwest of England.

The ground was already saturated from a series of depression systems during the month of November. This led to severe flooding, which mainly affected the counties of Cumbria and Lancashire, with the floods peaking on Dec. 5 and 6, and also exceeding historical records. 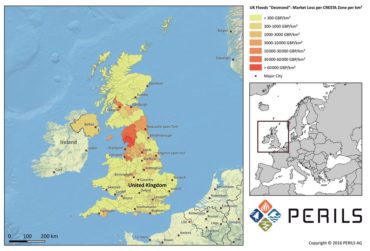 In light of the saturated ground, “it is no surprise that extensive flooding occurred from overflowing rivers and surface water run-off,” PERILS noted.

Beyond the U.K., Ireland and Scandinavia were also affected by wind and rain from Desmond between Dec. 4 and 6.