An agreement has been reached to merge the operations of Lussier Dale Parizeau (LDP) and Riverin Girard & Associés and Ouellet Fillion, a move expected to enhance customer service and bolster LDP’s presence in Quebec. 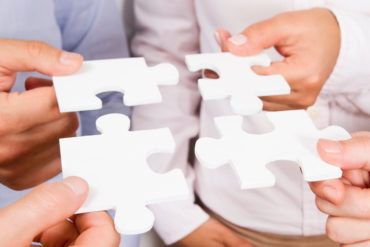 Combining for premium volume of $420 million, “this alliance will help us strengthen both our position in the regions of Saguenay-Lac-Saint-Jean and Chibougamau and our role as a Quebec leader in the areas of insurance brokerage and financial services,” Jean says in a statement.

The century-old LDP is Quebec’s largest private and independent financial services firm; Riverin Girard & Associés and Ouellet Fillion & Associés, which has about 100 employees and seven branches, provides a wide range of insurance products. The latter’s premium volume is $62 million.

Lambert and Ouellet say the merger represents an opportunity to offer “customers an enhanced experience: a wider range of products and services, access to the 20 LDP branches and greater negotiating power in a highly competitive market,” notes the statement.

Branches in Dolbeau-Mistassini, Normandin, Saint-Félicien, Alma, Chicoutimi, Chibougamau and Jonquière will continue to operate under the Riverin Girard & Associés and Ouellet Fillion (Alma) banners, the statement notes, pointing out that the brands being well-established in those areas.

In line with that presence, executives with Riverin Girard and Ouellet Fillion will remain in place and become part of the consolidated group’s management team.

“This timely transaction comes two years after the acquisition of Dale Parizeau Morris Mackenzie (DPMM) by the Lussier family, concluded on Sept. 22, 2014,” LDP’s chairman of the board André Lussier says in the statement.

“It will have only positive impacts on operations and the services offered to customers, and these remain a top priority for all executives and employees involved,” Lussier emphasizes.