Given Lyft’s promised arrival in Canada by the end of the year, insurance coverage for the ride-sharing service remains a big question mark. 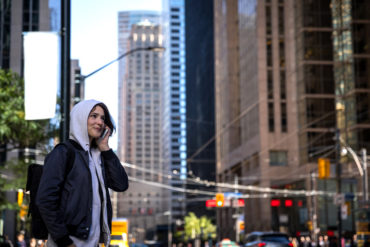 “I am concerned because I have not yet heard that Lyft has contracted with anyone to provide similar arrangements” as Uber has done, Eric Grossman, a lawyer with Toronto-based Zarek Taylor Grossman Hanhrahan LLP told Canadian Underwriter in an interview on Monday. “Presumably, they would need to do so to conform with the laws here.

“Lyft is in the same circumstances as Uber was – virtually every private automobile insurance policy has a restriction in it that precludes the vehicle from being operated for hire,” he noted.

In the Uber example, companies such as Intact Financial Corporation, Aviva Canada and Pembridge Insurance in Alberta have offered coverage. For its part, Intact has contracted with Uber to provide coverage when a driver is looking for a fare and when they have one in place.

Even so, questions remain about Uber coverage. For example, the language in the policy endorsement states: “this policy shall respond prior to any other policy of which the rideshare driver is an insured or named insured.”

“We understand if you’re a driver of an Uber vehicle, priority is supposed to go to the Uber policy when it’s being used as an Uber,” Grossman said. “But what if you’re a passenger in that Uber policy?”

If you are a passenger in an Uber vehicle, and you happen to have your own policy of insurance in Ontario, the priority rules have always said that you always go to your own vehicle, Grossman observed. “However, if I don’t have a car of my own and I’ve never been insured in Ontario, or if I’m a visitor to Ontario, who should I be going to for my accident benefit claim as a passenger in an Uber vehicle?”

A second issue arises out of the following scenario: assume an Uber driver picks up a fare in downtown Toronto and drives them home to Pickering, Ont. At the end of their ride, the driver shuts off the app, but then the vehicle is involved in an accident.

“They are not technically, based on this endorsement, covered on the Uber policy because they do not have a paying fare and they are not trolling for one,” Grossman said. “So in that circumstance, would the underlying policy of insurance have to respond? Arguably, yes, and would that underwriter of that private vehicle policy say, ‘You know what? That’s not part of the risk that we ever undertook.’”

With Lyft coming to Toronto, Grossman says he suspects these same two issues “will continue to plague us. If Lyft intends to come in without those same things addressed, it’s going to revive all of those problems.”