The global reinsurance market is “far from thriving” and while the Lloyd’s market “maintains an excellent business profile,” its accident year combined ratio in reinsurance exceeded 100, A.M. Best Company Inc. said in a report released Tuesday. 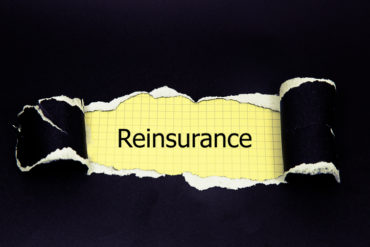 Each September, Oldwick, N.J.-based A.M. Best releases a report on the global reinsurance market, which includes a list of top 50 reinsurers ranked by total premiums.

“This is the first time we’ve seen an accident year loss in over ten years, with the exception of 2011, which had several significant global catastrophes,” A.M. Best noted. “Since 2013, the sector’s combined ratio and return on equity have both deteriorated.”

A.M. Best “changed its outlook for the reinsurance sector to negative in the summer of 2014,” and noted the deterioration in the past few years has been masked by several factors, including favourable loss reserve development.

“A.M. Best has significant concerns,” the rating firm stated in the report. “If the reinsurance market is booking the accident year combined ratio at a loss in a relatively benign catastrophe years, and that in and of itself if not the impetus for change, the next logical question is: what will it take to turn the market?”

“The trend now for M&A appears to be leaning toward finding a home in a larger organization, where a company can have autonomy and be nimble, but have some parental protection as seen with the Endurance/Sompo and Allied/World/Fairfax acquisitions,” A.M. Best said in the report.

Allied World reported US$3.06 billion in gross written premiums in 2016, of which US$706 million was from reinsurance. Toronto-based Fairfax’s holdings include Stamford, Conn.-based OdysseyRe, which provides commercial specialty and reinsurance.

OdysseyRe was ranked 29th in A.M. Best’s list of the world’s top 50 reinsurance groups, ranked by total gross written premiums in 2016, including life and non-life.

A.M.  Best reported that in 2016 the Lloyd’s market had US$8.69 billion in non-life net premiums written.

While A.M. Best says the Lloyd’s market “maintains an excellent business profile,” the “performance of Lloyd’s reinsurance segment deteriorated in 2016.”

The reinsurance market is “far from thriving and appears to be operating amid malaise,” A.M. Best said.