The report also hints at a strategic reason why private equity firms might be interested in M&A deals in Canada’s insurance and financial space. COVID-impaired businesses remain highly-prized M&A targets because they may be motivated to sell off valuable parts of their business to stay afloat — and private equity firms are only too happy to pick up the crown jewel of a struggling company’s assets.

M&A value in all Canadian business sectors totalled $70 billion in 2020 Q4, up 165% from the previous quarter, Miller Thomson states in its report. In Canada’s financial sector alone, 87 deals were made in 2020 Q4, amounting to $13.4 billion. Intact’s deal for RSA made up for more than 78% of the financial sector’s total deal value. 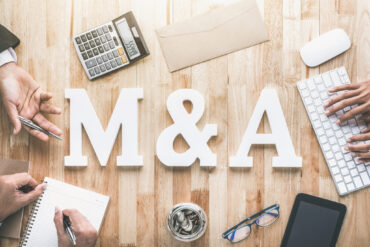 “Dealmakers in Canada have adapted to pandemic conditions and closed borders,” Miller Thomson says. There was a total volume reaching 1,029 M&A deals in 2020 Q4. That’s up from 881 M&A deals in Canada over the same period in 2019.

Naturally, organizations that proved to be resilient during the pandemic were attractive M&A targets, as the report notes. But companies that didn’t fare well during COVID were also courted for their assets.

Some P&C industry leaders have told Canadian Underwriter about the recent interest of private equity in the insurance space. Miller Thomson’s report suggests one rationale for that interest: An opportunity to buy the best chunk of business that struggling companies have to offer.

In many of these situations, Done says, “larger companies are hiving off certain discrete or non-core businesses from their portfolio via asset sales, allowing them to shore up cash or deal with larger debt issues without having to sell the entire company.”

Buyers such as private equity firms benefit from this kind of scenario as well, says Done.

“In many cases, the buyers are portfolio companies of private equity firms that see these divestitures as an opportunity to add value to existing businesses in the same space,” he says. “The carve-outs allow buyers to acquire the specific business or assets that they want.”