How machine learning can help you predict court decisions

Machine learning is now able to analyze court decisions and predict how judges may respond in certain situations, based on an analysis of existing caselaw.

Artificial intelligence technology is currently available to analyze tax and employment caselaw, but it’s easy to see how this could be relevant to the insurance space as well – particularly in the claims area. Potential uses could include analysis of decisions around tort liability, for example, or accident benefits cases. 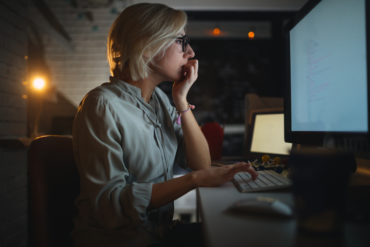 A tax law expert recently provided an illustration of how the technology works in a webinar Wednesday. Benjamin Alarie, CEO and co-founder of Blue J Legal, uses the artificial intelligence suite to predict how the courts may decide issues about things such as tax deductions.

For example, with tax season coming to an end in Canada, some clients may be curious about whether their home office expenses are deductible for income tax purposes. Alarie posed that exact question to machine learning software called Tax Foresight; the system concluded with almost absolute confidence that in one case, the expenses were deductible.

“Totally consistent with what the court did,” Alarie said of the machine’s output. “The system can elicit from us the necessary information to produce a good prediction about what a court would likely do in those circumstances.”

The system looked at the case of Chaloux v. The Queen before the Tax Court of Canada in 2015. In this case, Marcel Chaloux and his wife Donna Chaloux operated an electrical consulting business under the name of Infrared.

The artificial intelligence system asked questions such as:

Using the answers to these questions, the system was able to conclude with 92% confidence that the home office expenses were deductible. It also generated an explanation of why it gave that outcome and identified similar factors – and noted dissimilar ones – in other cases.

“Once you identify the issue, the beautiful thing about these computational methods is that the system will start asking us questions about the situation,” Alarie said. “The system is aware of the different facts that judges use to decide cases involving these legal issues.”

Machine learning also examined specifics of the case. It knew, for instance, if the Canada Revenue Agency (CRA) could go back to 2005 income tax reports and apply gross negligence penalties. In Chaloux v. The Queen, the tax court allowed the appeal “in part relating to gross negligence penalties, as conceded by the respondent, and the amount of $5,486 is to be deleted” from the $88,040 initially imposed.

In the first instance, the system found with 94% confidence that the 2005 year could be opened up due to gross negligence or carelessness. It also asked questions related to whether:

“This is a higher standard than opening up the taxation year,” Alarie said. “What we should expect to see is… it should be a lower confidence that the taxpayer is grossly negligent.” The system came back with an 88% confidence rating of gross negligence.

Alarie even narrowed the results down to two cases with the most similar factors. Looking at one, Alarie said that “if I were advocating for the taxpayer here, I would carefully want to look at that case and try to make arguments similar to that case.”