Majority of global financial institutions to ramp up transformation initiatives over next year, Accenture survey finds

An Accenture survey of nearly 800 financial services executives across Europe, Asia and North America found that more than half of financial institutions plan to increase their investments in major corporate transformation initiatives, or “change programs,” over the next 12 months, primarily due to cost pressures, new regulations, increased customer expectations and digital disruption. 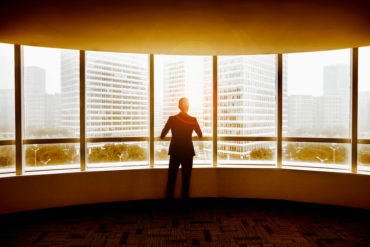 The survey results, published on Monday in two separate reports focused on the insurance and banking sectors, found that 53% of respondents said that they expected to increase investments in transformation initiatives over the next year, while 37% said they expect to maintain their current investment levels. Eighty-three per cent of financial services firms reported that they were currently dedicating moderate or significant resources to change.

The survey involved interviews with 787 executives responsible for developing and/or implementing change strategies at a variety of financial institutions in the United Kingdom, Ireland, France, Germany, Italy, Spain, Japan, Australia, the United States and Canada. Of the 787 executives, 302 represented large banking groups, 292 represented insurers, and 193 represented wealth and asset managers, Accenture said in a press release.

“Most financial services organizations realize that the disruption of their marketplaces will intensify in the years ahead,” suggested Andy Young, who leads change programs for Accenture’s Financial Services Talent & Organization practice. “They understand that their ability to change rapidly and continually will be increasingly vital to their ability to compete in the digital economy. That’s why many are focusing on the speed of returns on these investments and applying ‘agile change’ methodologies to meet shareholder expectations of a payback within one year.” 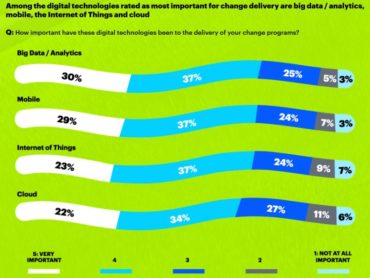 According to the survey findings, the most critical change programs that institutions are investing in relate to efficiency and cost control; customer service and experience; risk and regulatory compliance; digital technology; and channels. The industry is looking to adopt a wide range of digital technologies – such as big data, analytics, mobile, the Internet of Things and cloud computing – but its ability to scale up and benefit from these innovations varies, the release pointed out. Hurdles to adoption include legacy systems, dispersed data and organizational complexity, said the statement from Accenture, a global professional services company.

“Most financial services companies are looking at new business and operating models that use digital innovations to adapt to new customer expectations and to ward off aggressive new competitors,” said Andrew Woolf, head of Accenture’s Financial Services Talent & Organization practice. “Companies with strong change leadership capabilities and adaptable workforces will be hard to beat; those without them will increasingly struggle.”

Young added that the financial crisis that began nearly a decade ago marked the beginning of a prolonged industry transformation that is now accelerating. “Players in financial services must embrace innovation, increase their agility to cope with disruption, and make wise investment decisions about their change programs in light of their businesses today and in the future,” he said. “The biggest shift for the industry will be toward putting customers and colleagues back at the heart of change.”