LA RONGE, Sask. – A man who admitted he started several wildfires in northern Saskatchewan by flicking lit wooden matches into the forest has been fined tens of thousands of dollars. 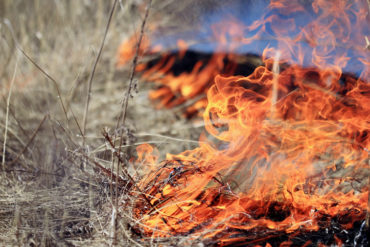 Donald Halkett Jr. recently appeared in La Ronge provincial court and was given a six-month conditional sentence and ordered to pay more than $41,000 to cover the cost of fighting the fires.

Halkett Jr., who is 22, pleaded guilty to mischief and failing to comply with a fire ban.

He said he flung the matches while he was on a trail near his home community of Hall Lake in July 2015.

Four fires erupted at the same time crews were trying to fight a larger blaze threatening La Ronge about 100 kilometres away.

More than 13,000 people would be forced from their homes by the La Ronge fire and the military was called in to help.

Halkett must also abide by a curfew, has been ordered not to drink or possess alcohol and must do 100 hours of community service.

The province says anyone who lights a fire will be held responsible for all resulting damage and firefighting costs.