Bill 142, if passed into law, would make it mandatory for a contractor who enters into a contract with a public sector owner, to provide the owner with a labour and material payment bond, and with a performance bond. Those rules would apply if the contract price is above a certain price – set by regulation. That rule would apply if the owner is “the Crown, a municipality” or in the broader public sector.

“Mandatory surety bonds would protect subcontractors and suppliers and make sure they get paid in case a project becomes insolvent,” Lorenzo Berardinetti, parliamentary assistant to Ontario Attorney General Yasir Naqvi, said Thursday at Queen’s Park, during debate on second reading of Bill 142. 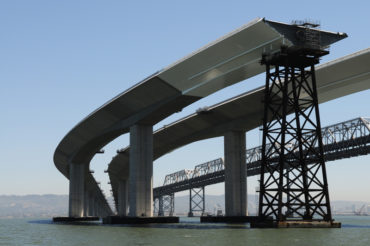 “These bonds are currently used on both public and private projects,” Berardinetti added. “There is no legislation that mandates contractors to post them.”

If Bill 142 is passed into law, the new mandatory labour and material payment bonds would have to be written by insurers “licensed under the Insurance Act to write surety and fidelity insurance,” and have coverage limits of at least 50% of the contract price. They would also have to extend protection to subcontractors “and persons supplying labour or materials to the improvement.”

The new mandatory performance bonds, meanwhile would have to be written by insurers licensed under the Insurance Act to write surety and fidelity insurance and would also have to have a coverage limit of at least 50% of the contract price.

The payment process, he added, “would flow down the same route” and  once an owner “or developer gets paid, and the money then flows downward, changing hands until everyone on the project has been paid.”

With Bill 142, the Ontario government “proposing that specific bookkeeping requirements are set out to better protect subcontractors if a contractor becomes insolvent,” Berardinetti explained. “In this way, we are trying to ensure that the payment process down the pyramid continues uninterrupted.”

Bill 142 would also move construction lien claims under $25,000 in small claims courts “instead of going to larger, higher courts,” Berardinetti said Thursday. “We think this will speed up the dispute resolution process and make it as cost-effective as possible.”

Adjudication in a prompt payment scheme “gives owners the ability to dispute invoices when they feel there is a problem with work done on a project or the amount owed to them,” Berardinetti said.