AgriInsurance coverage for 2017 is expected to exceed $2.6 billion on 9.6 billion acres in Manitoba, the second-highest level of coverage on record, the governments of Canada and Manitoba said in a statement on Tuesday. 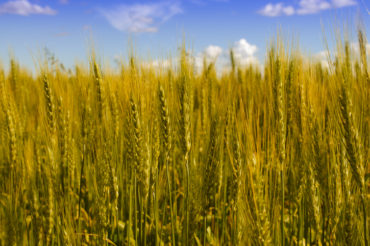 “Governments continue to work together to ensure producers have access to an effective suite of business risk management programs that offer protection against a broad range of farm business risks,” MacAulay said in the statement. “Taking proactive steps to protect the farm against the financial impact of extreme weather and price fluctuations is a key strategy for success.”

AgriInsurance coverage is increasing on average by seven per cent, while premium rates are down by an average of four per cent, as compared to last year, the governments reported.

“Through AgriInsurance, we continue to offer a comprehensive risk management program for Manitoba’s farmers, which is effective whether they are just starting out or have had years of experience,” Eichler said. “To ensure the long-term growth of our province’s agriculture sector, AgriInsurance is an essential tool, as it provides reliable protection against the unpredictable challenges of weather and other production-related risks.”

More than 8,400 farms are enrolled in AgriInsurance. Manitoba has the highest level of AgriInsurance participation in Canada, covering over 90% of annual crop acres. The total governments’ share of AgriInsurance premiums for 2017-2018 is expected to be $136.3 million, the statement said.

Under AgriInsurance, premiums for most programs are shared 40% by participating producers, 36% by the Government of Canada and 24% by the Manitoba government. Administrative expenses are paid 60% by the federal government and 40% by Manitoba.

WLPIP, which was expanded to include Manitoba cattle and hog producers in 2014, provides protection against unexpected price declines. Due to lower cattle prices in 2016, WLPIP paid out $1.7 million to producers, with 73% of insured calves qualifying for a payment, the statement pointed out. The average payment for each calf that qualified for an indemnity was $94. Like AgriInsurance, under WLPIP administrative expenses are paid 60% by the federal government and 40% by Manitoba. Premiums are paid by participating producers. Both AgriInsurance and WLPIP are administered by the Manitoba Agricultural Services Corporation.