Manitoba Public Insurance (MPI) has announced a partnership with the RCMP for a joint public awareness and enforcement campaign specific to gravel roads in the province. 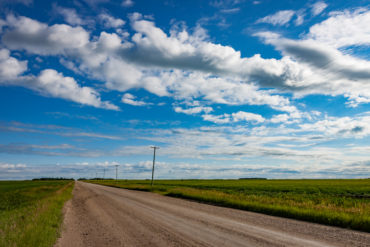 The campaign, which began in April and is continuing into the fall, aims to reduce crashes and fatalities on gravel roads. On average, MPI reported in a press release on Monday, nearly 500 people are injured annually in crashes and 14 killed on gravel roads in Manitoba.

MPI reported that as of the end of July, 460 Highway Traffic Act offence notices have been issued by the RCMP, highlighted by 190 speeding, 21 non-seatbelt and 16 short-term roadside suspensions. In addition, 10 impaired driving charges have been laid under the Criminal Code of Canada.

“Police presence on our roadways sends a strong road safety message to those drivers who may be inclined to exhibit high-risk driving behaviour,” suggested Cliff Cullen, Minister of Crown Services, in the release. “Through road safety partnerships such as this, the ultimate goal is to reduce fatal crashes and injuries, not only on major roadways but on secondary, less travelled gravel roads as well.”

In an effort to heighten awareness about the challenges associated with driving on gravel roads among new drivers, MPI has also announced plans to enhance its high school driver education program starting in September.

“Driving on gravel roads can present unique challenges for all drivers, but particularly for new drivers who may not be accustomed to how even small steering wheel movements can result in loss of control,” said Ward Keith, vice president, business development and communications and chief administrative officer at MPI. “Enhancements to the high school driver education program will expose all new teen drivers to both in-class instruction and practical on-road training on how to properly control their vehicle on gravel, and the importance of driving to road and weather conditions.”

On average, 38% of fatal gravel road crashes in Manitoba are alcohol-related, while speed is attributed to nearly 20% of fatalities. Based on MPI data, there are about 3,200 crashes reported annually on gravel roads.

MPI noted that while the use of occupant restraints in mandatory at all times, failure to wear seatbelts on gravel roads can literally spell the difference between life and death in a serious vehicle collision, particularly if the collision involves loss of control and vehicle rollover.

“The margin for error is razor thin when drivers make mistakes on a gravel surface,” Insp. Ed Moreland, officer in charge of the RCMP’s Traffic Services Unit, said in the release. “Much like ice, failure to adjust to conditions can have dire consequences.”