The Manitoba Public Utilities Board (PUB) announced on Friday that it has approved a 3.7% “over-all” general rate increase for Basic compulsory motor vehicle premiums in the province, effective March 1, 2017. 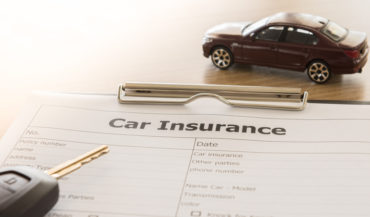 “The Board found that on the evidence before it, the Corporation has not met its onus of proving that the applied for rate level change of 4.3% was just and reasonable,” PUB said in a statement in regards to Manitoba Public Insurance’s (MPI) request. PUB, an agency operating at arm’s length from government, approved the 3.7% increase in its Order No. 162/16, dated Dec. 15.

PUB noted in the statement that the over-all general rate increase does not mean that rates for all motorists within each major class will experience a rate adjustment. Major classes include private passenger, commercial, public (taxi), motorcycle, trailers and off-road vehicles.

Adjustments to specific classifications of vehicles will be determined based on MPI’s rate design. Rates paid by individual policyholders within each class will be determined based on their driving record, the registered vehicle (make and model and year), the purpose for which the vehicle is driven and the territory in which the policyholder resides, PUB explained in the statement.

Although MPI had initially requested an overall rate increase of 4.3%, PUB determined that 2.3% of the increase “is directly attributable to changes in interest rate forecasting with the balance of 2% being attributable to the volatility of the investment portfolio.”

There will be no change to permit and certificate rates, vehicle premium discounts and driver licence premiums, service and transaction fees, fleet rebates or surcharges, or the $40 discount on approved aftermarket and manufacturer/dealer-installed anti-theft devices.

In October, MPI reported a net loss of $30.9 million for the six months of its fiscal year ending Aug. 31 – a decrease of $47.4 million over the same time period last year. This included net loss to the Basic insurance line of business of $52.7 million in the first six months of the 2016/17 fiscal year.